The ‘108’ ambulance helpline service was disrupted across the state for a few hours, inconveniencing people in need of emergency care last day. Normally, the helpline automatically receives the call and allocates an ambulance within two minutes, but on Sunday, it stretched to 6-7 minutes. The helpline, instead of receiving 7-8 thousand calls, could only attend 2-3 thousand calls and a technical error in the IT hardware is said to be the reason behind the glitch.

Meanwhile, Health Minister Dr K Sudhakar said the action was taken to resolve the issue and the people need not worry. Instructions were issued to provide emergency services to people by creating manual IDs, he added. More staff will be deployed to the emergency wing of the 112 helplines to reduce pressure on 108 services. The 104 helplines too were being used to attend to calls. Missed calls are also being attended to, while more staffers were deployed to the 108 helplines, he said 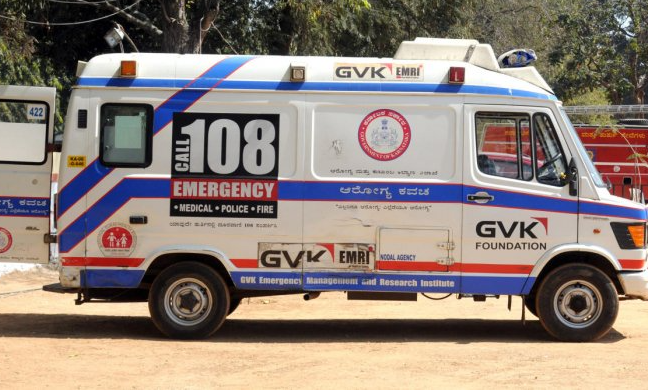 Hospitals were advised to prioritise interfacility transfers and employees working in ambulances were told to use their personal numbers and render services, he said. The principal secretary held a video conference with all district-level officials to resolve the issue. A temporary backup server was installed and the work to repair the faulty unit was taken up. Four to five decentralised backup centres were set up in each district to attend to calls.

“There was a technical glitch in connecting the 108 ambulance service number in the evening on Friday. However, the issue has been resolved and the service has been restored. Despite having troubles, the ambulance service was intact. As a precautionary measure, we have published alternative contact numbers for the convenience of people in case they are not able to connect 108,” the DHO said.