From a Daily Wager To a Model, 60year Old Is Trending In Kerala. 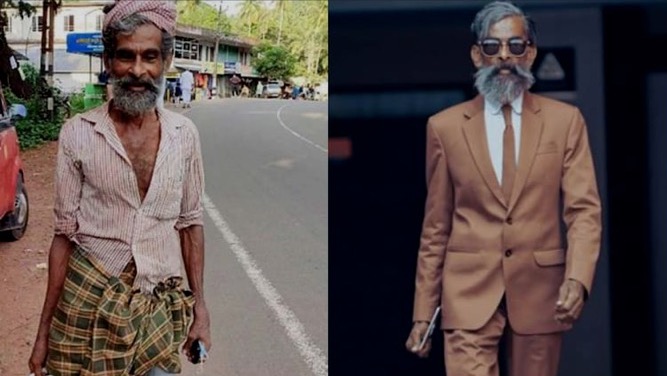 Just a makeover can give you a completely different look, that is how now 60-year-old Kozhikode man who is more familiar in his locality in his faded lungi and shirt, is rocking social media with his super glam makeover.

The daily wage worker, identified as Mammikka, recently wrapped up a promotional photoshoot of a local firm wearing a suit and posing with an iPad. It was photographer Shareek Vayalil who spotted the talent for modeling in this daily wager worker. He had earlier posted a photo of Mammikka on his social media page which went viral for his apparent likeness to actor Vinayakan. 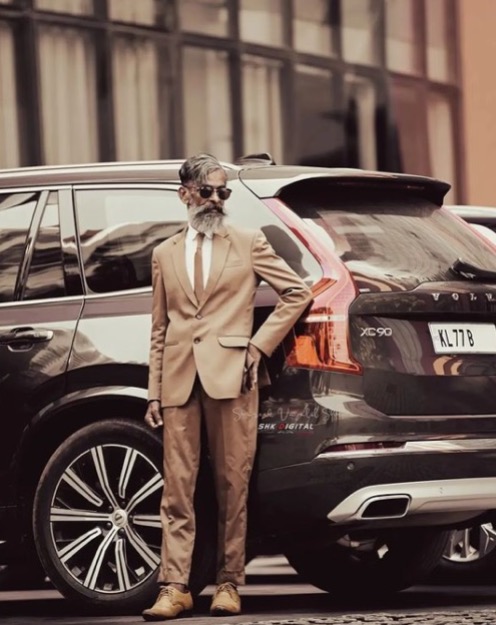 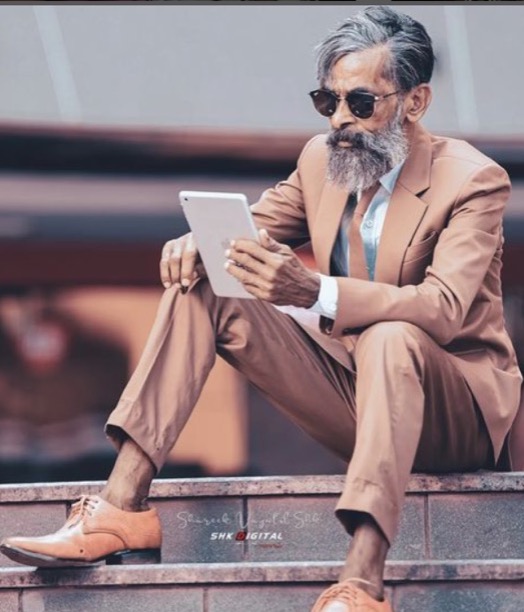 Later, when something like this came up, Shareek could think of no one else but Mammikka. His make-up was done by artist Majnas. Aashiq Fuad and Shabeeb Vayalil were the make-up assistants.

Mammikka now even has an Instagram page where he posts photos of him in regular clothes, as well as the makeover, which has been shared. He is now a hero in his native Vennakkad, Kodivalli in Kozhikode.

Mammikka is happy with the change and success and says that he would continue modeling if he gets offers along with his regular job.

Every day, doctors scurry around treating the sick as if they were busy bees.But! The Father Muller Convention Center will host Doctors unplugged with...
All News