Family Donates Organs Of The Bride Who Had Brain Death. 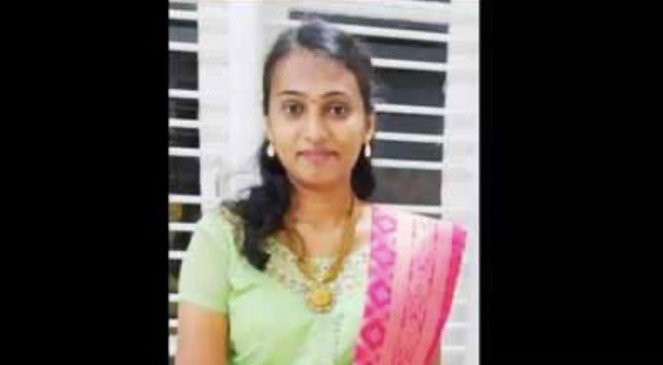 Wedding is an auspicious occasion, but this was in a different way as a 26-year-old bride collapsed during a photo-shoot of her wedding reception in Kolar on February 6, she was brought to Nimhans, Bengaluru. After her condition worsened, she was declared brain dead on Friday and her organs were donated to patients on the waiting list.

Chaithra KR from Kodicheruvu village, Srinivasapura taluk of Kolar district, was all set to tie the knot on February 7. Sadly, her body was taken back to her village on Friday night and cremated on Saturday morning. Chaitra’s parents Ramappa and Akkemma gave consent for organ donation. Their daughter’s vital organs were transplanted through the State Organ Transplant and Tissue Organisation Jeevasarthakate on Friday. It’s the first time the brain-dead declaration was done in Nimhans and organs retrieved.

Dr. Shashidhar HN, resident medical officer, Nimhans, told that by the time she was brought to the hospital, the golden hour of survival was lost. It was a brain stem stroke, and she also suffered from seizures, he said. Efforts to revive her were futile. Clinical evaluation for possibilities of organ donation was done and transplant teams from Narayana Health City and Sakra Hospital visited Nimhans. Two kidneys, heart valves and two corneas were retrieved. This is the 12th cadaver organ donation in 2022 in Karnataka.

Chaithra, the only daughter, had completed her MSc from Bangalore Central University and was preparing for BEd studies. She was working in a private school near Kaiwara Cross in Chintamani taluk for the past couple of years. “Chaithra was looking for a lecturer’s post in a private college in Chintamani or Srinivasapura,” said Gopala Gowda, president, Srinivasapur Taluk Private Schools’ Management Association.

Health minister K Sudhakar appreciated the family for donating organs despite their grief. He tweeted that it was a noble gesture by the parents and should be role models for others.

Nimhans also appreciates the family for their selfless gesture, said Dr. Pratima Murthy, director, Nimhans. “We have submitted a request for infrastructure and human resources for organ retrieval to the state government and once granted, we’ll be able to be more actively involved in this initiative,” she said.

Detailed info. about the Electronic Rand and its functions: In a move that would be a quantum leap forward, the Reserve Bank of India,...
Dakshina Kannada