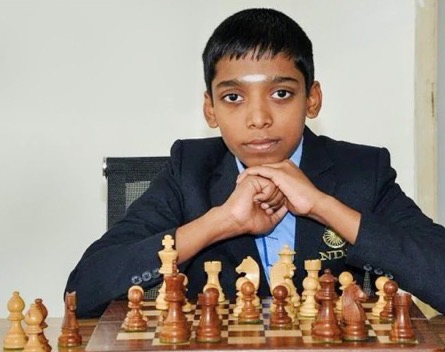 A young boy had a stunning victory in the chess battle, 16-year-old Indian Grandmaster R Praggnanandhaa clinched his first-ever victory over World No. 1 Magnus Carlsen in any form of chess in the 8th round of Airthings Masters, an online rapid chess tournament on Monday.

Praggnanandhaa won with black pieces to end Carlsen’s 3-match winning run at the Airthings Masters in just 19 moves in a Tarrasch variation game.

The Indian GM lies in joint 12th spot after eight rounds with eight points. His spectacular win over Carlsen comes after a moderate run in the earlier rounds, which included a solitary victory over Lev Aronian, two draws and four defeats.

Outside the close-knit chess fraternity, he was almost a forgotten figure after narrowly losing the race against time to become the youngest Grandmaster in history, a record then held by Sergiy Karjakin before it was claimed by American prodigy Abhimanyu Mishra. The world often forgot that he was still a child, not even a teenager, and the expectations were often unrealistic.

Praggnanandhaa’s dream was finally realised. That he’s just the third Indian, after Viswanathan Anand and P Harikrishna, to accomplish the rare feat of beating Carlsen underlines his incredible potential. That he toppled him in 39 moves and with black pieces, a perceived handicap in the game, brightens the dazzle of his victory.