The Mangalore Police Commissionerate Had Conducted The Route March.

Like every Monday, even today 21st February was a busy morning with motorists and commuters heading to work, students rushing to schools and colleges, and other engagements, but a bunch of the city’s main roads were stuck, as Mangaluru police under the leadership of the Police Commissioner joined by DCP’s, ACP’s and hundreds of police personnel had conducted ROUTE MARCH as part of preventive measures in the wake of Hijab row tensions prevailing in the state, including Kundapur, Udupi and many other neighboring places of Mangaluru

The Route March commenced from Lalbagh and proceeded towards M G Road, PVS Junction, Kodialbail, K S Rao Road, Hampankatta Junction, Lighthouse Hill Road, Jyothi Circle, Balmatta Road, Hampankatta, and Clock Tower. The entire state of Karnataka is on the headline news, pertaining to the Hijab row. To build confidence in the people and to maintain peace in Dakshina Kannada and Mangaluru, the Mangalore police Commissionerate had conducted the route march. 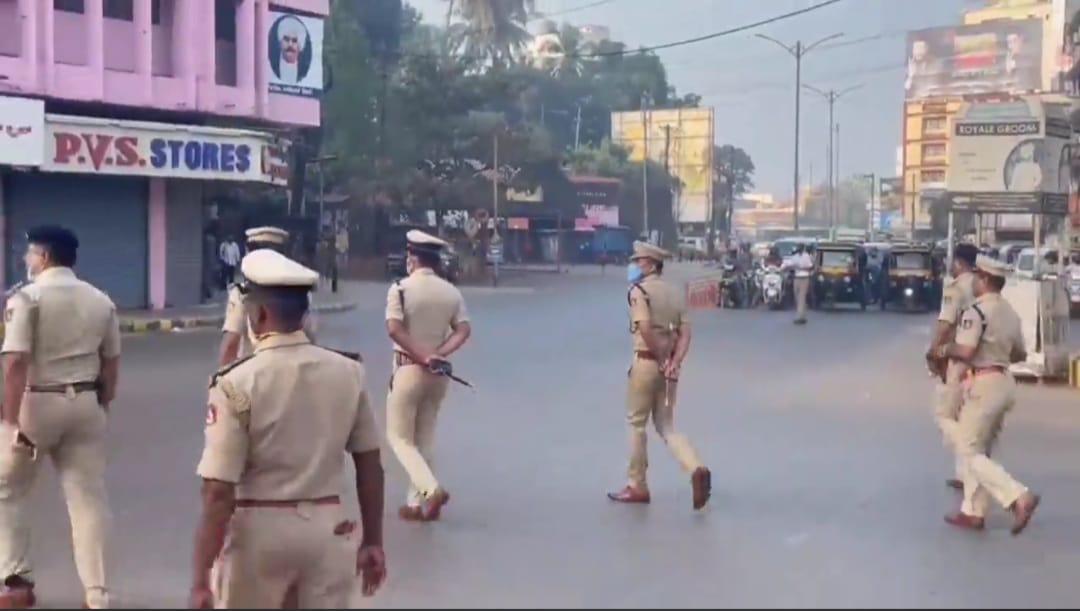 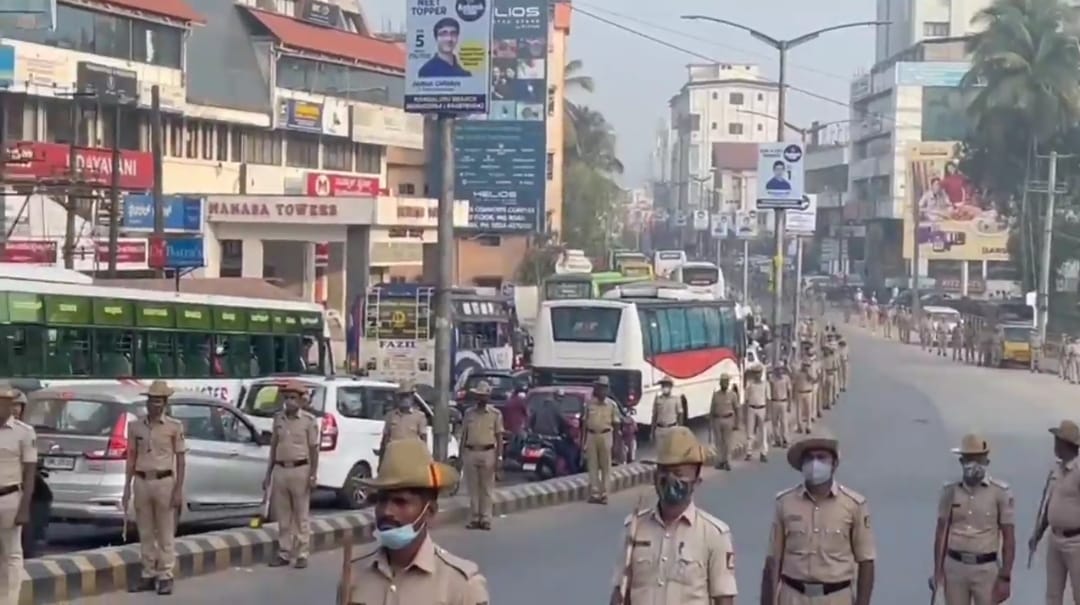 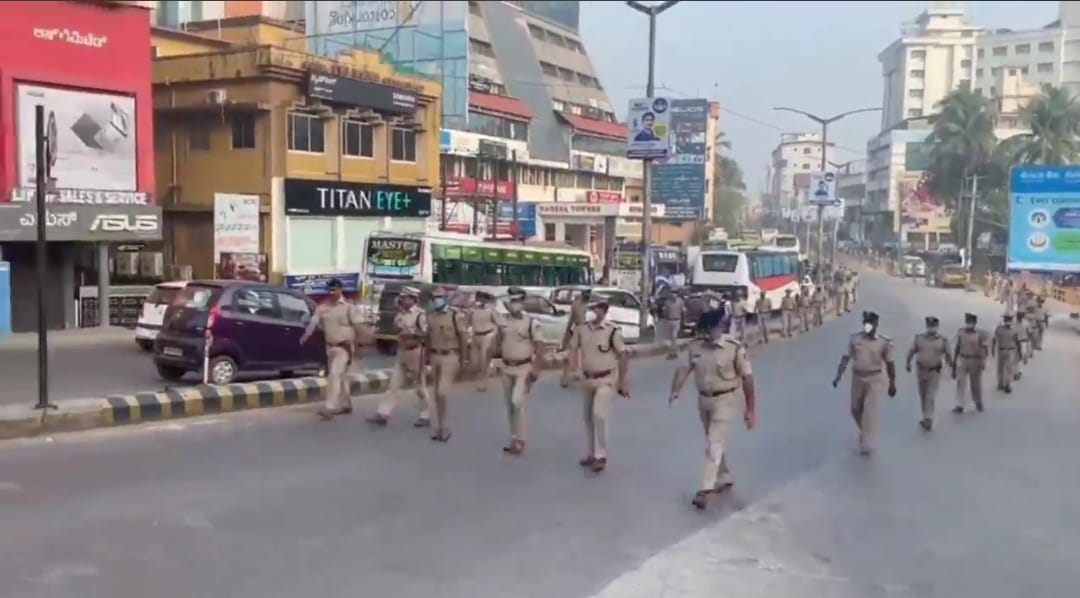 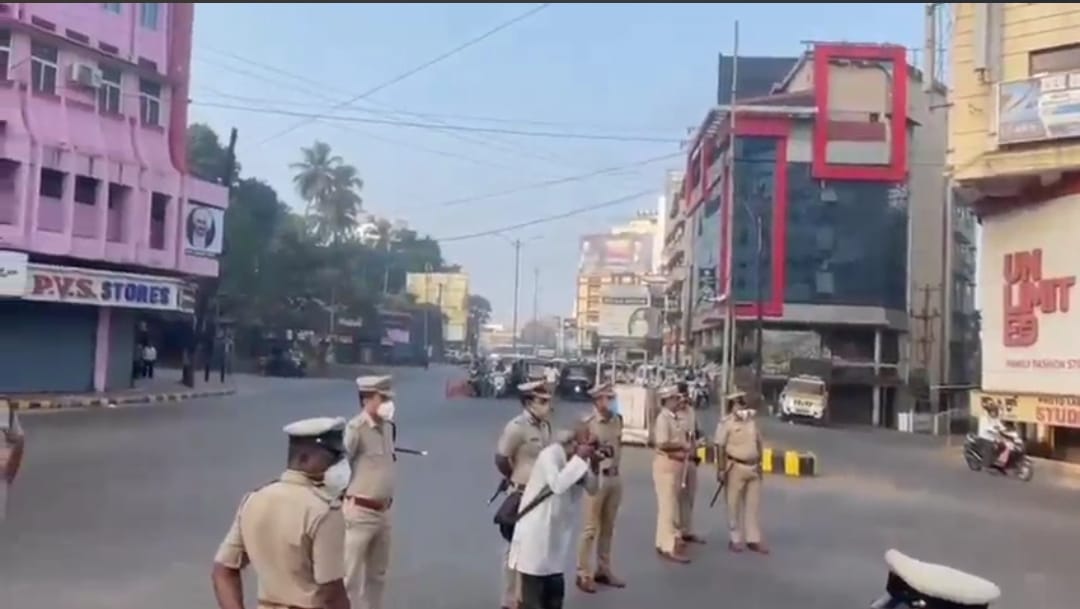 Police commissioner N Shashi Kumar said, “This route march is held to build confidence in the people. The route march is also a warning against the social offenders and others who are trying to create tensions and communal disharmony in society. Even though there have been tensions in Shivamogga and other parts of Karnataka, the people of DK and Mangaluru need not worry since we have made all the necessary arrangements in preventing any untoward incidents. We will also ensure complete safety of students when they return to their institutions or appear for their exams”.