Santhosh Kodenkeri Gets Into The ‘India Book Of Records’

Santhosh Kadenkeri is a native of Dakshina Kannada, and is known for the directed movies Home Stay – Stay Alive and Dhigil @ Home Stay. His recent movie made him records ‘Ondanondu Kaladalli Obba Raja Idda’ which is a Kannada Feature film based on the story ‘Once There Was a King’ by Rabindranath Tagore, The movie is 116 minutes and 39 seconds long and has Yogesh Master playing 24 characters along with that 13 technicians worked on the film. 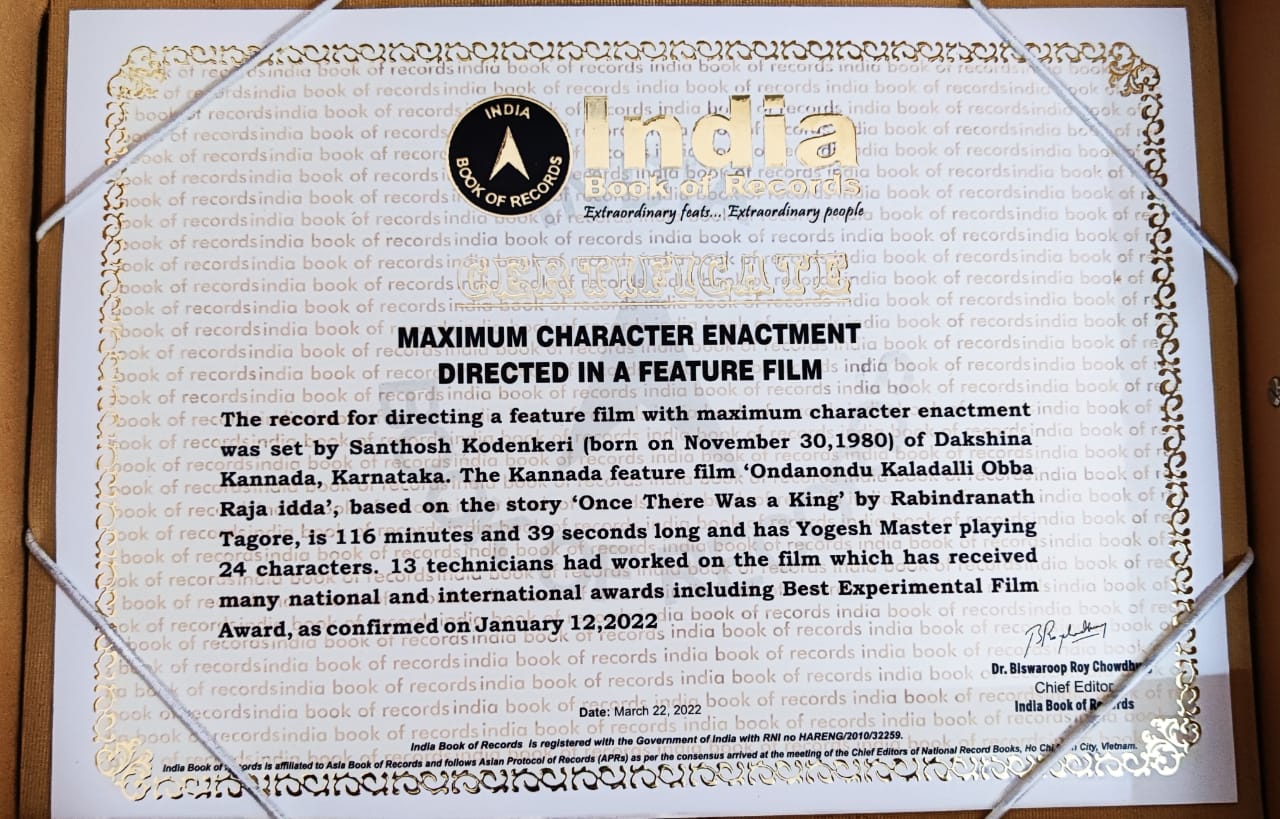 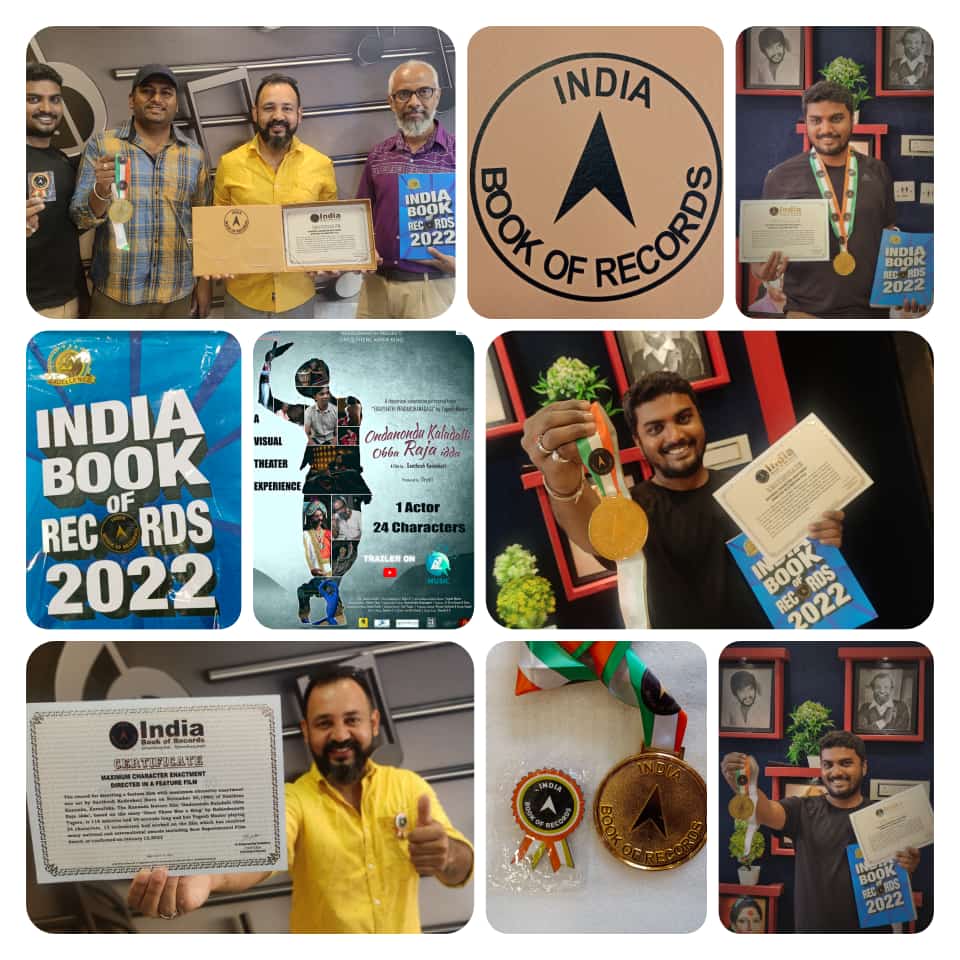 The 2021 movie has received many national and international awards including the Best Experimental Film Award as of January 2022.