The idol of Mangaluru Sharada, to be installed on the Acharya Mutt premises of Sri Venkatramana Temple in Car Street, will be adorned with a Banarasi sari with gold zari on the day of ’Shobhayatre’ which is on October 6.

“The sari is getting a final touch at the hands of a family of Muslim weavers in Varanasi. The sari is woven by the fifth generation members of the family,” Sharada Mahotsava Samithi media coordinator Manju Neereshwalya told. 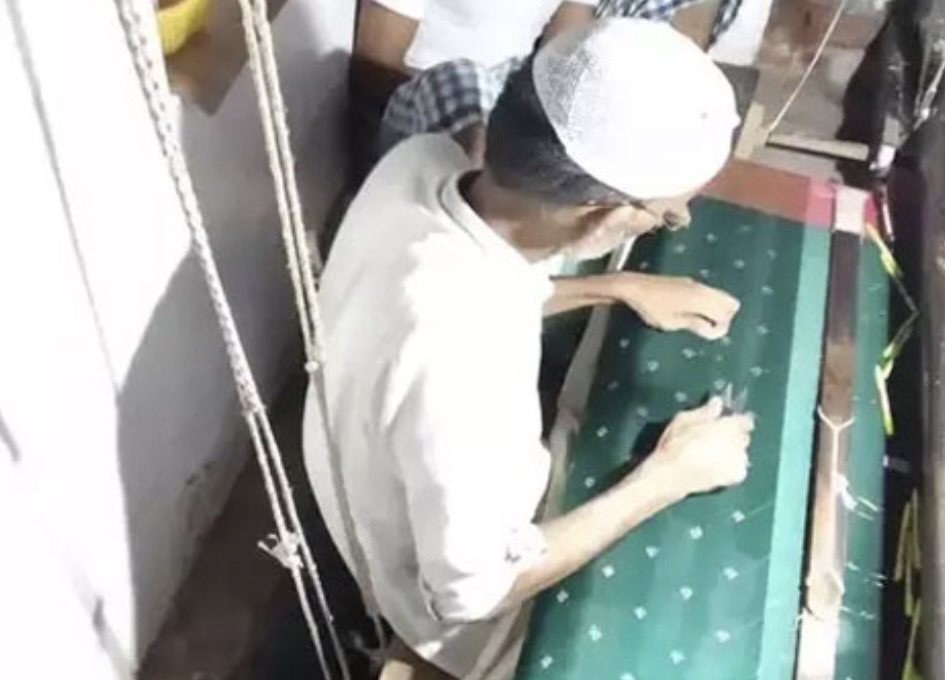 The embroidery of the sari is hand-made and not machine made. Normally, the idol of goddess Sharada wears the Banarasi sari with silver zari (worth Rs 1.5 lakh to Rs 2 lakh) sponsored by a person for the last few years.

This year, to mark the 100th year of ’Sharada Mahotsava’, the sponsor has decided to donate a sari with gold zari at a cost of Rs 8 lakh. The idol will be installed with the ‘alankara’ of Saraswathi on September 26. On the final day, the idol will have the ’alankara’ of Sharada.

He said to mark the 100th year of ’Sharada Mahotsava’, devotees and well-wishers will dedicate a veena and a peacock made of gold. All these years, goddess Sharada had a silver veena and peacock.

The wooden pedestal was used for the Sharada idol. A silver pedestal will be dedicated this year. Further, a 11-ft height silver ’prabhavali’ will also be dedicated. Apart from that, an old mantapa with intricate wooden carvings has been renovated at a cost of Rs 10 lakh.

A ’horekanike’ procession will be held from the Nehru Maidan as part of the ’Sharada Mahotsava’ on September 25. The procession will pass through the Clock Tower-Hampankatte-KS Rao Road and Navabharath Circle-PVS Junction-Narayana Guru Circle-Mannagudde-Kudroli-Car Street.

A ‘Sahasra Chandika Havana’ will be held from September 27 to October 2. After the completion of the ‘havana,’ a mass feeding will be held which will cater to 25,000 to 30,000 devotees.

A special ‘deepalankara’ will be held on October 5.

Every day, doctors scurry around treating the sick as if they were busy bees.But! The Father Muller Convention Center will host Doctors unplugged with...
Dakshina Kannada