528 Culprits Gets A New Life by Closing their MOB Cards.

This would be the first time in the history of Roshni Nilaya-School of Social Work, Valencia-Mangaluru, something interesting and a significant thing happened, that around 500 plus criminals/culprits were loitering on the campus, but not to indulge in any further crimes or thefts, instead, for a good cause, to attend a Rehabilitation Programme (Sudharana Sabha) organized by Mangaluru Police Commissionerate in order to give them a new life by closing their Modus Operandi Bureau (MOB) cards and also, putting miles of smiles on their faces and which also brought joy and happiness among their kith and kin. It should be noted that ever since N Shashi Kumar took over the charge as Police Commissioner he has come up with quite a few initiatives 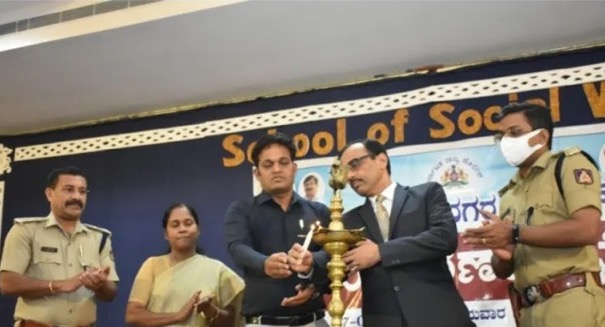 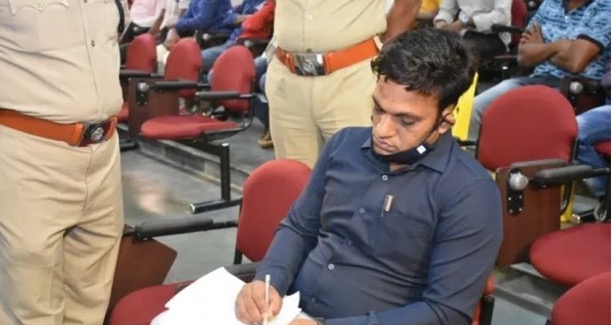 Police commissioner N Shashi Kumar said, “In the month of December 2021 we gave a new life to 1,265 persons who were on the rowdy-sheeters list, by deleting their names from that list. And today, we are closing the MOB cards of 528 persons, so that they can have a better life in society. Since the last three months, our police officers have worked hard in checking the background history and doing elaborate reviews, and a few other things whether they have been involved in any crimes after arrest, of these 528 persons in order to close their MOB cards for the closure of MOB. Everyone makes mistakes, and many learn from their mistakes, so here we are giving a chance for these accused in rehabilitating them and making them live a better life in the community and with their families”.

As many as 37 persons have not committed any offense for 25 years, around 43 persons since 20 years, 137 since 15 years and 184 persons since 10 years, and 25 since 5 years. Among the accused, 29 were above 69 years of age, 14 of them incapacitated, and 59 had passed away. Among these 528 persons, some are working as auto drivers, laborers, employees, and drivers and some are running their own businesses. Now by closing their MOB cards they can live a happy and peaceful life, and mix in society freely. Now that we have given these persons a second chance, I urge them to be responsible and law-abiding citizens and cooperate with the law enforcement officials by obeying the laws and staying away from illegal activities and crimes,” added the Police Commissioner.

Chief guest B Muralidhar Pai said, “This is indeed a very unique initiative taken by the police commissioner in order to rehabilitate and give a second chance in life for 528 persons who committed various crimes, from minor to large. They all made mistakes by involving themselves in various offenses and crimes, but they have been given a new life to transform themselves and continue to live as responsible citizens. Every accused has a future if they decide to transform themselves and come to the mainstream. Now that these 528 persons are out of the MOB list, their families should support and encourage them and see that they don’t indulge in future unwanted activities, and face trouble again. They should be in the achievers’ list, not in the MOB list that will also severely affect and hurt family members”. 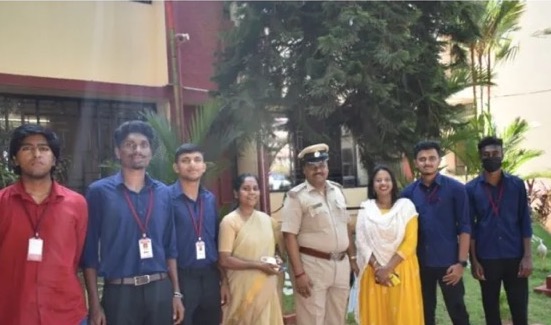 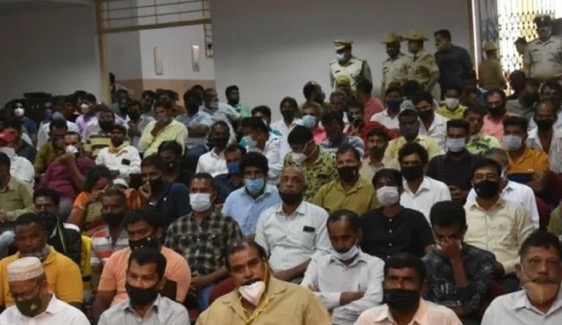 Two reformed persons, Umesh Laxman from Mangaluru and Bhimappa from Bagalkote narrating their story, thanked the police commissioner for giving them a second chance to live happily in the society, without any discrimination and hardship. Police inspector Jyothirlinga Honnakatte from Barke police station compered the program, and also proposed the vote of thanks.

The transformation should come within the heart to live a peaceful life in society. No one can win over violence by violence. Punishment is not the only way to stop wrongdoings. So this is a great initiative where at least a few culprits could have a change and everyone would have had a thought on their wrongdoings.Our efforts should be for the transformation of the person, This for sure had helped many. Police Commissioner N Shashi Kumar has done the right thing by giving a new life to these people so that they can live a peaceful and happy life in the future.