Age doesn’t atter to achieve your dreams, proves another 54-year-old Vilma Fedretia Carvalho, as she accomplished her dream of a motorbike expedition on the world’s second-highest motorable road, the oldest in India to have accomplished this feat. 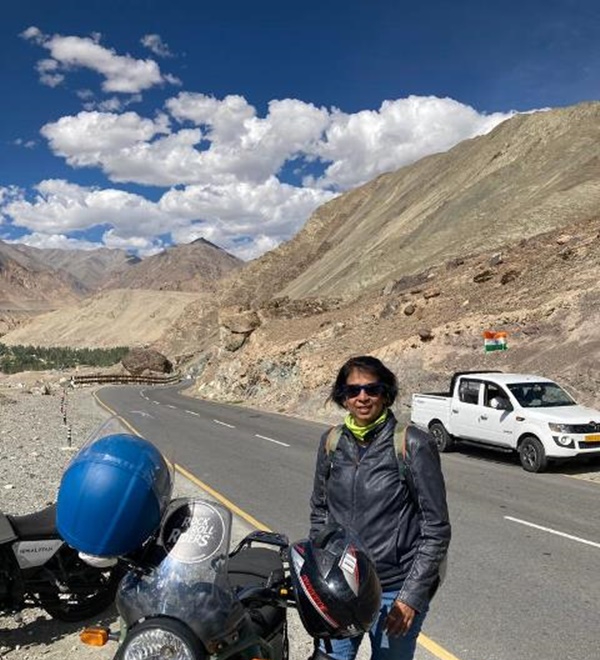 Vilma Fedretia Carvalho covered a Himalayan expedition on her motorcycle from ‘Leh to Leh’ while passing through Khardung La, Nubra, Hunder, Pangong Lake, Ts0 Moriri and reached  Leh. She rode 900 kilometres in 6 days on the second highest motorable road in the world. Out of 900 kilometres of her journey, 500 kilometres seemed quite a challenging and difficult task given the low oxygen level, road conditions and the terrains. With no Internet or electricity in this terrain, a motorbike expedition seemed quite a challenge.

Vilma, who hails from Kundapura, practised riding a motorcycle on the Yezdi Roadking with the help of her brother. Currently, she is working in Bengaluru as a corporate trainer.

Vilma said, “I strongly believe in interest, capacity, and opportunity. A person needs to have these qualities to achieve this feat which I am lucky to possess within me.  I will do whatever it takes to achieve what I want to in my life. Riding in the Himalayan range was quite challenging. Being a woman it is important to chase your dream because women tend to forget themselves, especially after their marriage as they become busy in attending to their spouse’s needs and in raising a family. Never give up on your dreams. A person needs to be physically fit as well to go on a tour like mine. I trained myself for the last six months before embarking on this journey.”

Moreover, Vilma was also the first girl to represent the volleyball team from Karnataka at the national level from Kundapur. She believes in the sportsman spirit which made it possible to accomplish her dream.