Tulsi Gowda, a 72-year-old Karnataka environmentalist, received the Padma Shri award on November 8 for her efforts in environmental protection. Her ecological narrative has served as an inspiration to many others throughout the years. Tulsi Gowda received the Padma Shri award on Monday, which is the country’s fourth-highest civilian honor. The tribal environmentalist was barefoot and clad in traditional clothing when President Ram Nath Kovind awarded her with the honor. 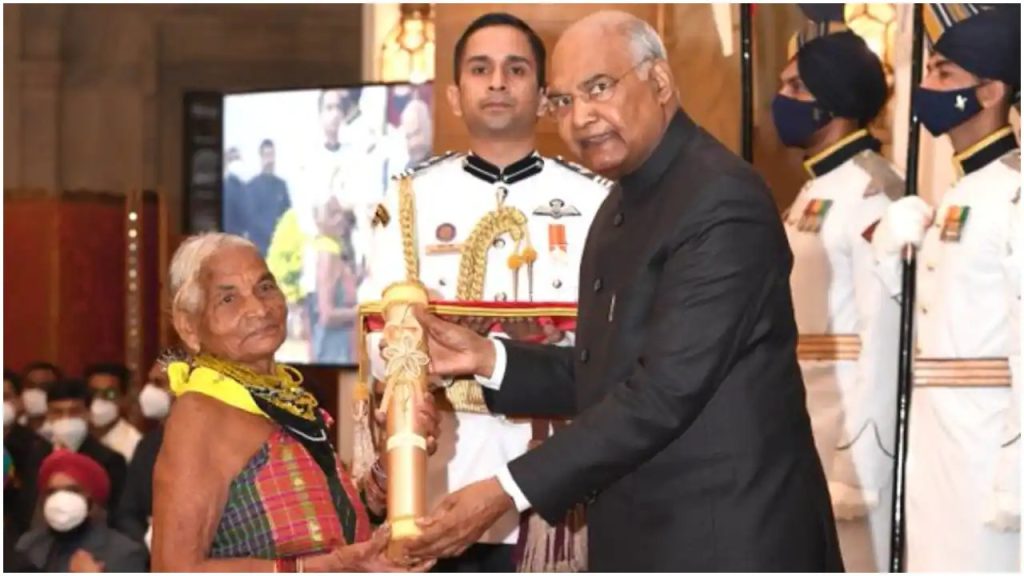 Tulsi Gowda comes from a poor and underprivileged family and belongs to the Halakki indigenous tribe of Karnataka. Although Gowda never had any formal education during her early years, she continued to broaden her knowledge in the realm of plants and other wildlife. She is now known as the “Encyclopedia of the Forest” since she is an expert on the herbs and plant species found all over the world. She has been actively contributing to environmental protection since she was a youngster, planting hundreds of trees.

Tulsi Gowda joined the forest department as a temporary volunteer to contribute more to environmental protection and make a difference. Her efforts were later acknowledged, and she was awarded a permanent position with the Forest Service. Tulsi has spent her whole life dedicated to the preservation of nature, having planted over 30,000 trees and participating in different environmental conservation events from the age of ten. She began trying to improve India’s forests when she was 12 years old while working at a nursery with her mother. Even at 72, she is committed to protecting the environment and fighting deforestation in the country.

Every day, doctors scurry around treating the sick as if they were busy bees.But! The Father Muller Convention Center will host Doctors unplugged with...
Dakshina Kannada