A high-tech bus stop inaugurated as part of the “Smart and Digital Surathkal” concept.

Dr. Y Bharath Shetty, an MLA for Mangalore City North, opened a modern bus stop in Surathkal in front of Govinda Dasa College. The Mangaluru Urban Development Authority (MUDA) assisted in the development of the innovative, user-friendly bus stop. According to him, the “Smart and Digital Surathkal” initiative has built a full-fledged bus stop. 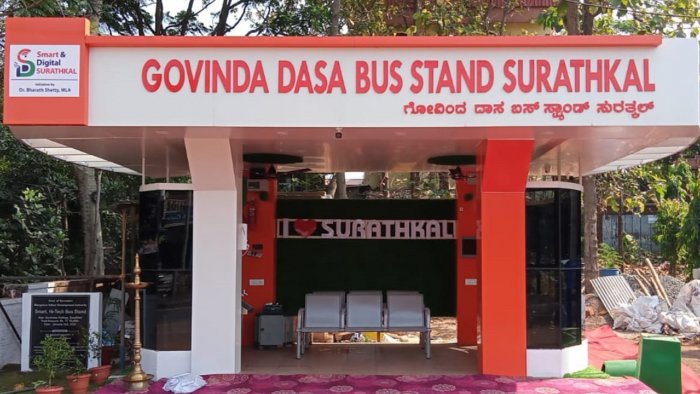 According to the MLA, a high-tech, contemporary restroom will be constructed behind the bus stop using money from MCF. The building has already started. Similar improvements will be done along LightHouse beach, according to the MLA. For the sake of tourists, a park and basic amenities will be built near Surathkal Beach. Cleanliness must be prioritised, he stressed. Other attendees included Mayor Jayanand Anchan and MUDA President Ravishankar Mijar.

As part of the 47th Indian Coast Guard's Raising Day celebrations on Thursday, the ICG organised a Day at Sea event. As a spectator,...
All News