A spot to hold protests decided by the Mangaluru administration

Like the freedom park in Bangalore, where the protests are held, the Dakshina Kannada administration has decided to fix a spot within the city limits to hold Dharna, Protests and any form of objections.

This will ensure that the citizens will not have to face any kind of trouble owing to the protests. To finalize a spot the city administration and city police department are to come together and make a decision. The administration has already chosen a spot near Kadri park for this purpose, as per some sources. So the team has decided to plant a statue of Gandhiji and  provide an optimum ambience to the protesters. This location is not yet finalised and yet other suitable locations are under hunt. 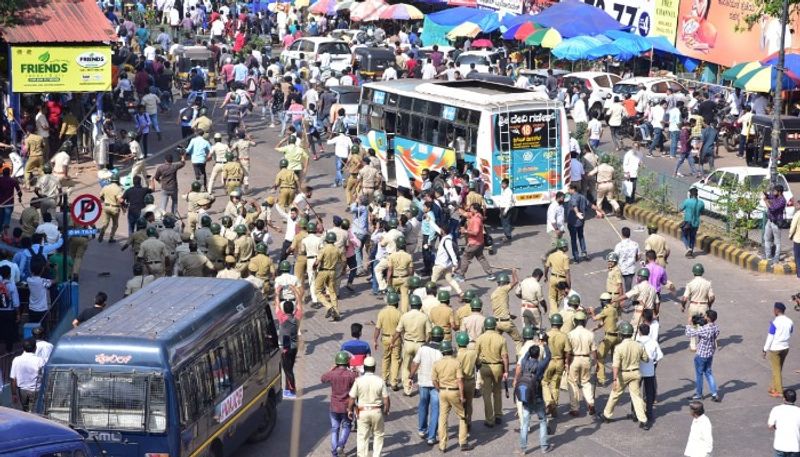 Earlier the city observed protests in front of Dakshina Kannada DC office. The pandemic led to the change in protests location to the area in front of Mini Vidhana Soudha. The already ongoing Smart City projects and the agitations often led to road-blocks and traffic jams. Hence now the police department has also given permission to hold protests near Gandhiji’s statue-Townhall, temporarily.

Though previously protests have been held in Mini Vidhana Soudha premises, it isn’t an ideal location to vent agitations, says the Mangaluru tahsildar. Due to this options on different locations for protests are being considered.

The traffic problems due to the protests are causing much more inconvenience to the officials and working staff in the vicinity. Cutting down the choices, the new DC office stretch,near Padil is too narrow to hold protests and the Nehru maidan premises will be troublesome to the sports people, if turned into a protesters platform.

In the recent past this dilemma had spiked, but no site had been finalised. Still the stage for protesters to vent their troubles is a question, though efforts are being made to finalize the best location.