Arvind Bolar will be awarded the BSWT “Person of the Year” award.

The well-known actor Tulunaada Maanikya Arvind Bolar has been chosen for the Bharath Social Welfare Trust (BSWT) “Person of the Year” award. One of the most well-known actors in Tulu play, movies, and Yakshagana is Bolar. He has appeared in movies and TV shows in Kannada, Konkani, Malayalam, and Byari. 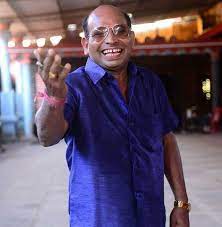 He was the son of Krishnappa and Sundari and was born in Bolar, Mangaluru. He began his career as a Tulu drama performer. Bolar has made a lasting impression with his witty timing and sharp dialogue. He has won the Tuluva Manikya, Sadhane Sharadar, and Kannada Rajyotsava honours.

Bolar also responded to the suffering of people by creating similar characters on the big screen. The coronavirus shutdown helped to open people’s eyes and was beneficial. He was chosen for the award by BSWT because of his social engagement.

Over the past eight years, BSWT has carried out social work in the areas of employment, health, and education while also annually awarding scholarships to 150 deserving students in Karnataka. The scholarship distribution programme for this year will take place on January 26 at 3 PM at the Sahodaya Auditorium in Balmatta, Mangaluru. According to a press release from trust chief secretary Akif Engineer, Arvind Bolar will be honoured as the “Person of the Year” during the programme.