Honeymoon is always the part of the wedding that newlyweds look forward to and make plans in advance. While it is normal to postpone it for personal issues, this couple from Byndoor taluk had a unique outlook and decided to postpone it for the society. The newlyweds Anudeep Hegde and Minusha Kanchan couple from this taluk prioritized the clearing of a part of the Someshwar beach before they went for their honeymoon. 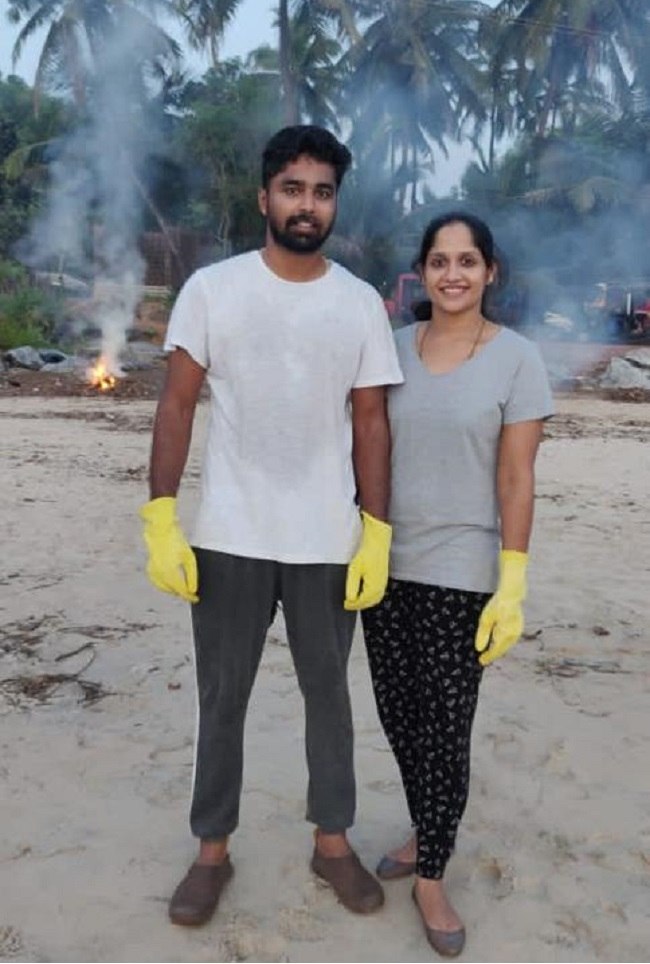 The couple who got married on November 18, decided to do something different so that their memories of their marriage starts off with something memorable. With this intention they decided to clean a part of the Someshwar beach.

It was on November 27th that they started collecting the waste. They set aside around two hours daily for this purpose and segregated liquor bottles, footwear and other hazardous materials. While in the first week they collected about 500 kg of waste, they were joined by the locals in the last two days, which made the whole initiative much faster, with almost 700 metres of the beachline cleaned and 700 to 800 kg waste collected and disposed of.

As the cleanliness campaign has gained more attraction, Anudeep Hegde has expressed his gratitude to all those who took interest. Now, as others have taken initiative, the campaign has grown from where they had begun. He said that Hassan along with his team and also Manjunath Shetty from Byndoor are involved with the task now.