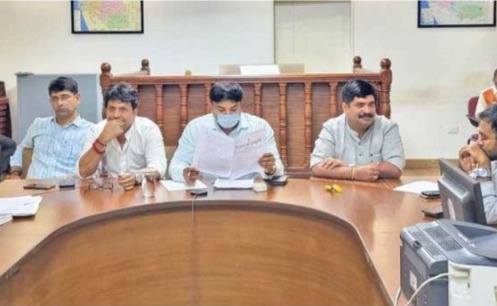 Deputy commissioner (DC) Dr K V Rajendra taken serious note regarding to the prohibition of use and throw of single-use plastic items with the concerned officials to strictly implement the notification sent by state government in 2016 and guidelines of central government of 2021. He spoke at the meeting that was held in connection with the implementation of ban on single-use plastic on Monday.

“Awareness program with regards to the ill effects of using plastic should be held in the limits of all gram panchayats and local bodies. If violators found, strict action needs to be taken immediately,” he added.