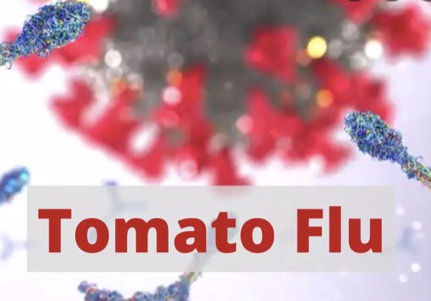 The district health and family welfare department are keeping a watch on children’s health in the wake of tomato flu cases in neighbouring Kerala. Tomato flu is a viral disease that causes red rashes, skin irritation and dehydration.

The viral fever triggered panic in Kerala’s Kollam district after This was bought into consideration as the viral fever triggered panic, it was detected in 80 children, all under five years of age. Dr Kishore Kumar M, the district health officer, said: “We have received an alert from the state health department. We have already communicated to all our  government and private health facilities by email to inform us if any case is reported or symptoms are noticed.”

A senior health official said that there was nothing to worry about. Border surveillance will be enhanced in case infections rise in Kerala or cases are reported in Karnataka, the official added.