Food Items Sold On Loose Will Not Have GST: Nirmala Sitharaman 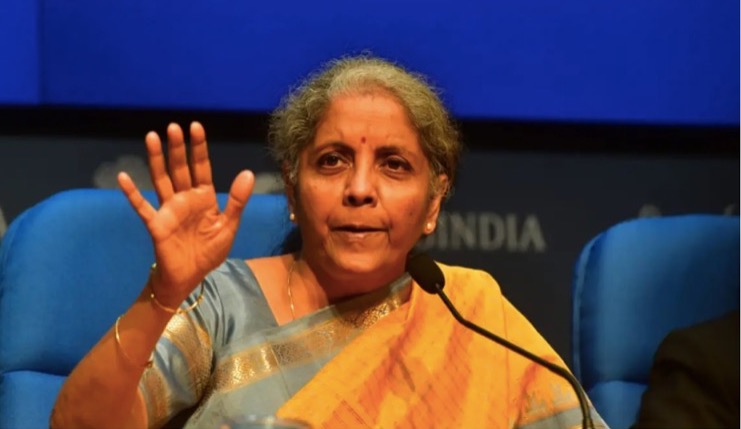 Union Finance Minister Nirmala Sitharaman on Tuesday defended the imposition of 5 per cent GST on food articles such as cereals, rice, flour and curd, which are pre-packaged and labelled, saying that it was a unanimous decision of the GST Council last month in which even non-BJP ruled states were present.

The Finance Minister released a list of items that will not require any GST, when sold loose, and not pre-packed or pre-labelled.

In a series of tweets, she said: “Recently, the GST Council in its 47th meeting recommended to reconsider the approach for the imposition of GST on specified food items like pulses, cereals, flour, etc. There have been a lot of misconceptions about this that have been spread. Here is a thread to lay the facts.”

“Taking this into account, when GST was rolled out, a GST rate of 5% was made applicable on BRANDED cereals, pulses, and flour. Later this was amended to tax only such items which were sold under REGISTERED brand or brand on which enforceable right was not foregone by the supplier,” the FM said.

“However, soon rampant misuse of this provision was observed by reputed manufacturers & brand owners and gradually GST revenue from these items fell significantly. This was RESENTED by suppliers and industry associations who were paying taxes on branded goods. They wrote to the Govt to impose GST uniformly on all packaged commodities to stop such misuse. This rampant evasion in tax was also observed by States.”

“It is in this context that the GST Council in its 47th meeting took the decision. With effect from July 18, 2022, only the modalities of imposition of GST on these goods was changed with no change in coverage of GST except 2-3 items,” said the minister.

“It has been prescribed that GST on these goods shall apply when supplied in ‘pre-packaged and labelled’ commodities attracting the provisions of Legal Metrology Act.”

“For example, items like pulses, cereals like rice, wheat, flour, etc, earlier attracted GST @ 5% when branded and packed in a unit container. From 18.7.2022, these items would attract GST when ‘pre-packaged and labelled’,” Sitharaman tweeted.

With India’s 75th Independence Day less than a week away, Mangalore International Airport is gearing to observe this #AzadiKaAmritMahotsav (AKAM) in a unique way....
All News