Sri Vishwesha Theertha received the Padma Vibhushan award posthumously, and Sri Vishwaprasanna Theertha, Sri Vishwesha Theertha’s disciple and current head of Pejawar Math, traveled to New Delhi to receive the honor from the President of India. On Thursday, November 11, Sri Vishwaprasanna Theertha Swamiji arrived in Udupi with the award and was greeted with celebrations. He was escorted on a beautiful journey from Sanskrit College to Car Street, accompanied by tableaux, chande, and the singing of Vedic hymns, among other things. Later, the Swamiji sought Lord Sri Krishna’s blessings. The Swamijis and dignitaries in attendance presented the honor with a floral tribute. 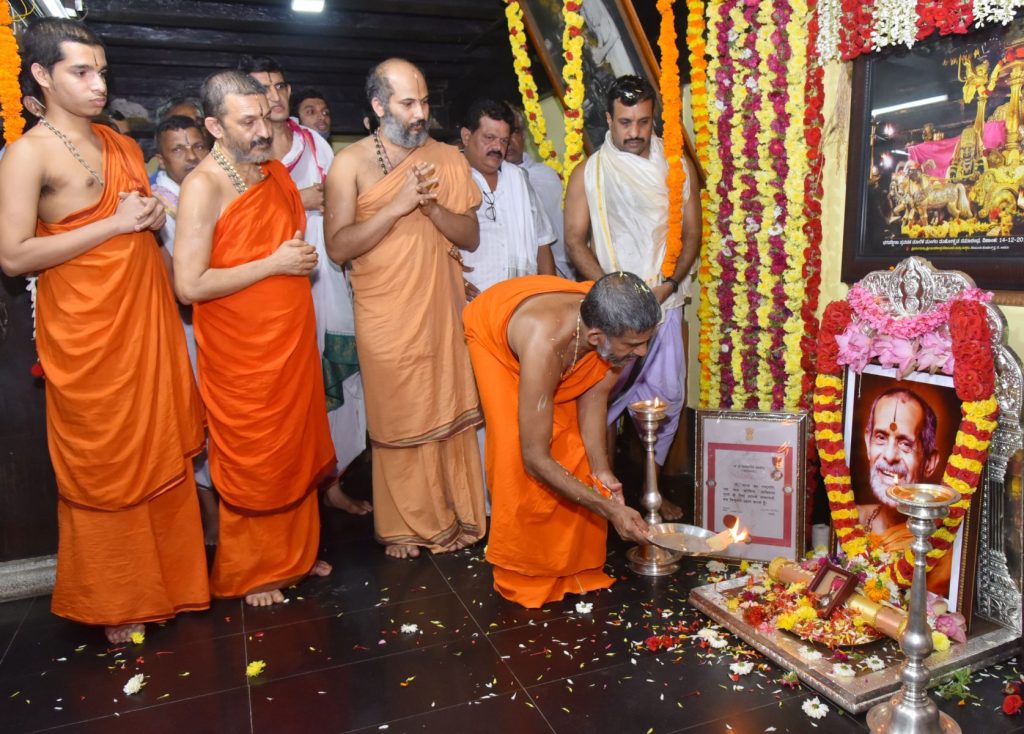 If my Guru, Sri Vishwesha Theertha, had been alive, he would have been very happy, Sri Vishwaprasanna Theertha Swamiji stated. He never grew up. For all of us, he was a great spiritual leader. The award was given to him in honor of his unique personality and outstanding contributions to society. The prize awarded to him has increased the significance and worth of the award. The pain that has resulted from his departure continues to sting, yet he was still a motivating figure for all of us. Even President Ram Nath Kovind complimented Pejawar Swamiji’s lovely appearance. They were fortunate to have such a gifted spiritual teacher. May the light of his ideas lead us in the right direction.