With India’s 75th Independence Day less than a week away, Mangalore International Airport is gearing to observe this #AzadiKaAmritMahotsav (AKAM) in a unique way. The airport in tandem with Craft roots, an organization that works to empower artisans, has organized a 10-day passenger engagement activity that also straddles another important festival in between–Rakhi. This will go up to 16th August.

The activity revolves round traditional Gujarati folk art – Ajrakh hand block print and Rogan art. Artisans Mahmad Soyab Abdul Karim Khatri from Ajrakhpur and Mahammad Jabbar Arab Khatri from Nirona, both in Bhuj district of Gujarat are giving live demonstration of the block printing and Rogan art. They are the seventh and eighth generation of artisans respectively preserving this art form.

A common thread binding the two art forms is that they use natural dye and organic pigments to give the work a distinct identity. Ajrakh block print revolves around four traditional blocks including Haso Bazaar and Haso Makaro that are used to make up the border. A combination of any of the 29 other blocks helps the artisan complete the work using white, black, red, and blue as the base colors. 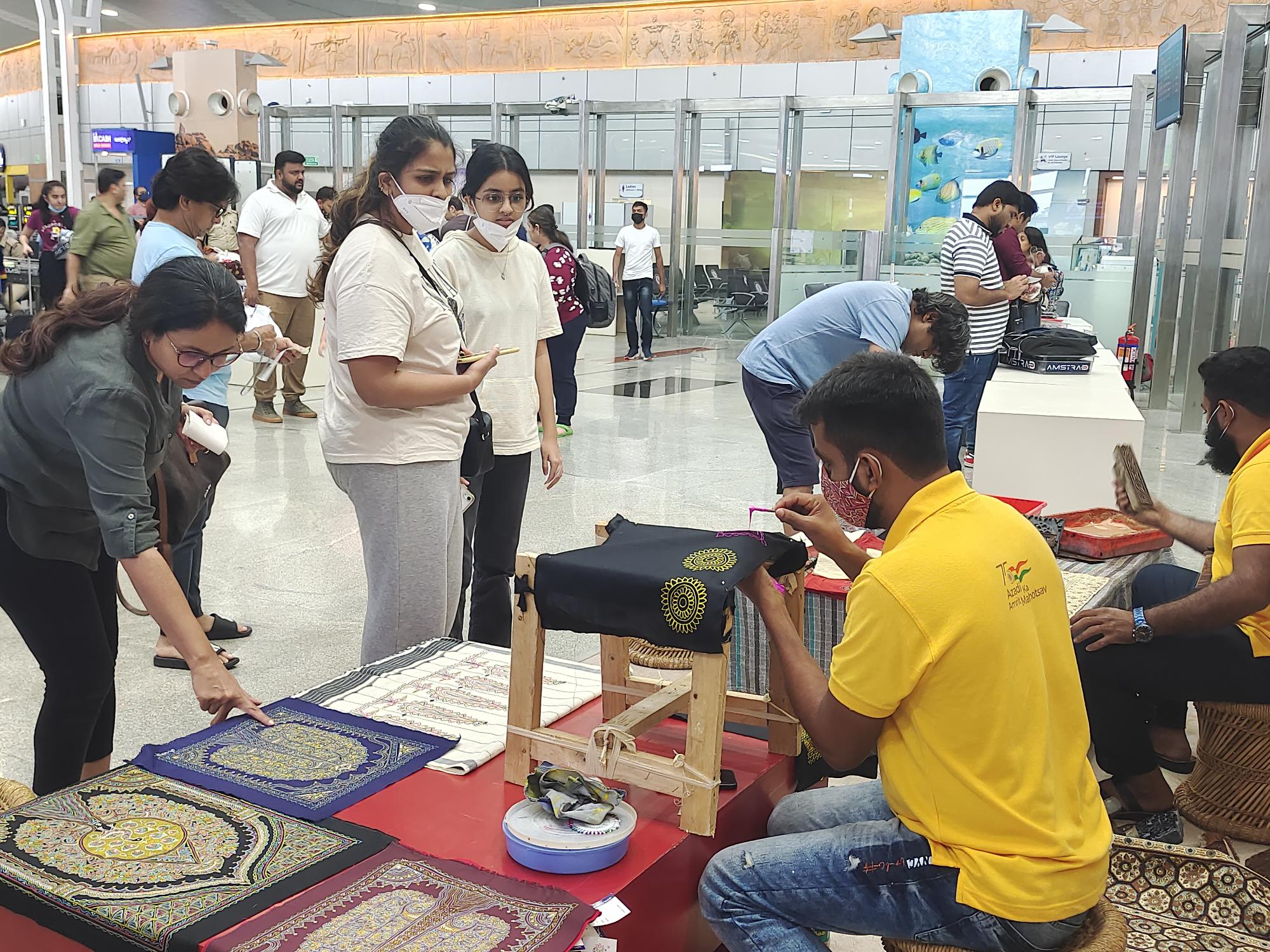 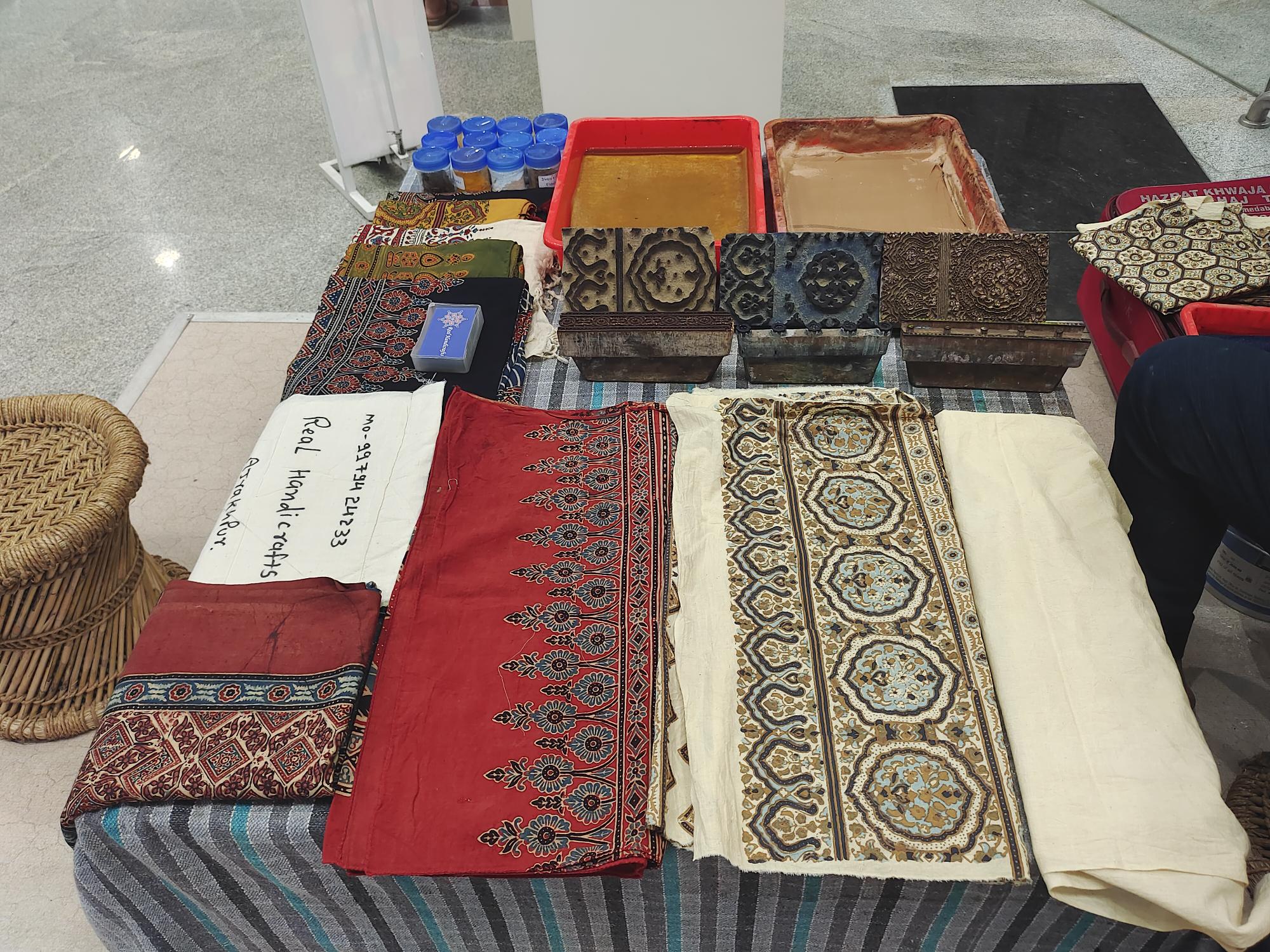 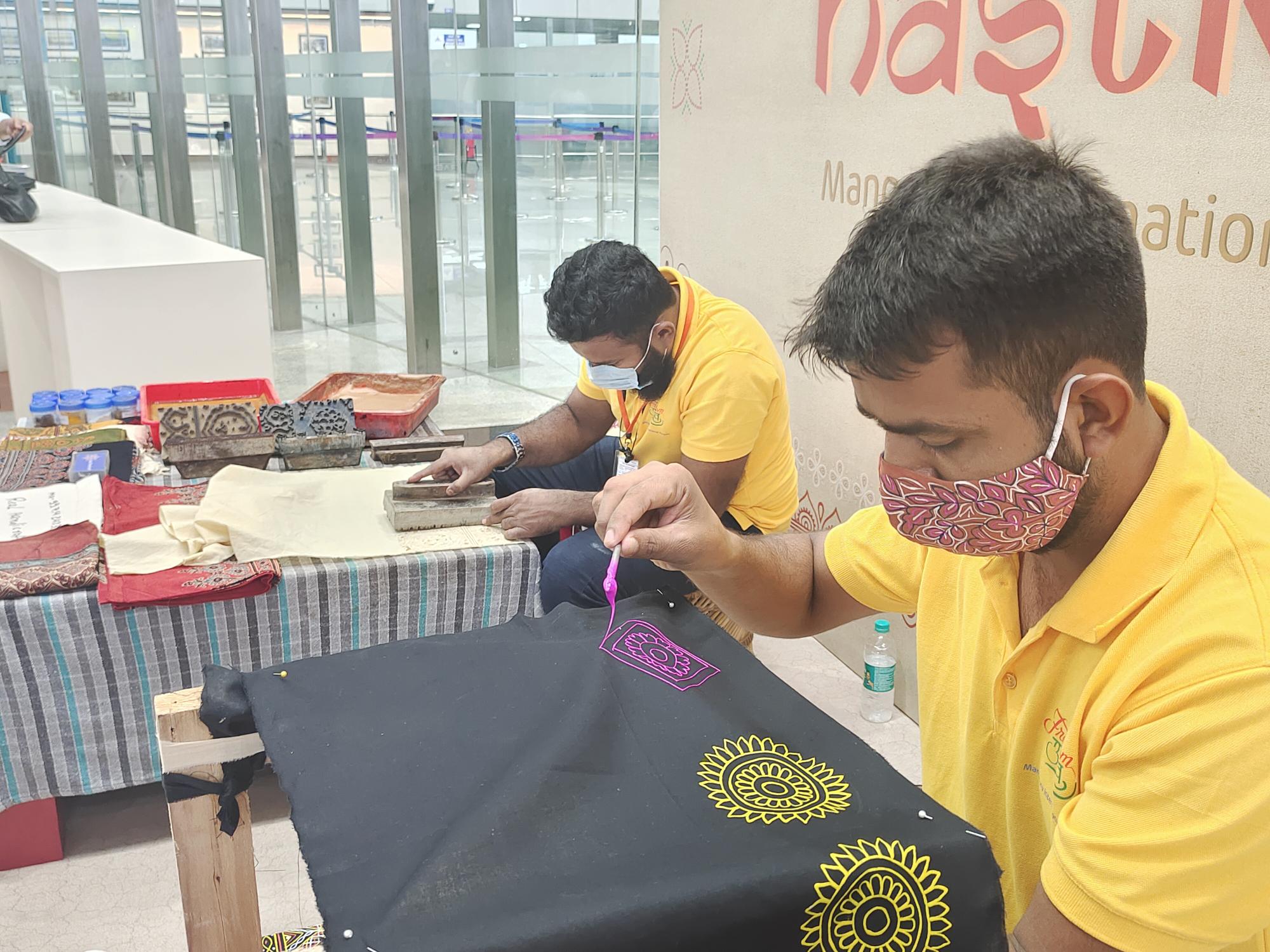 Rogan art on the other hand uses a paste made from boiled castor as the base and six basic pigment colors to go with it. Two or more pigment colors are mixed to come up with a non-basic pigment colors. Rogan art comes alive on wool, cotton, tasar, khadi silk fabrics and is known for the trademark ‘Tree of Life’ design ‘. The artisans avoid synthetic fabric mainly due to its lack of thickness.

Given the complexity of the art forms, the end products fetch a recent price in the market, avers Mahammad Jabbar Arab Khatri. With a history of more than 700 years, Ajrakhpur hand block print is now flourishing due to the likes of Mahmad Soyab Abdul Karim Khatri and his family. One can watch these artists live at the ‘hastakala’ platform in the domestic security hold area on the ground floor.