Healthcare System In The State To Be Updated

When an unprecedented pandemic took the world by surprise in early march, scarcity for almost everything was experienced starting from toilet paper to hospital beds. In a populated country like India, with the threat of a deadly virus on the loose, hospital beds and accommodation for those affected should be the top priority. Keeping this in mind, the state of Karnataka is slowly yet steadily gearing up to rewrite the history of its healthcare system by investing in medical colleges and super-specialty hospitals even while experiencing a cash crunch in these trying times. The state government envisions a medical college and super-specialty hospitals in every district. From July 2019 till now three medical colleges have been cleared and a fourth – The Atal Bihari Vajpayee Institute of Medical Sciences – will soon be unveiled. As of now, 21 districts out of the total 30 in the state have government-run medical colleges. The goal is to ensure that the remaining 9 districts are also equipped with the same. Health Minister K. Sudhakar explained that modern hospitals will be built in the remaining 9 districts under the Public-Private Partnership (PPP) model. 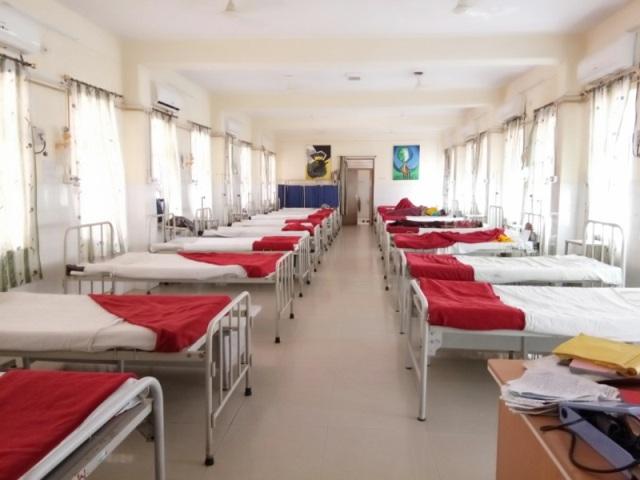 In the past nine months that the state has been battling against the virus, the state government increased the number of oxygenated beds from 6000 to 30,000 while also giving Rs 125 crore to frontline workers like doctors, nurses, paramedics, and other staff for doing their best in trying to contain the virus. However, Karnataka still has the second largest number of COVID-19 cases after Maharashtra and the epicenter of it all is the city of Bangalore. Nevertheless, of the infected patients, 8,92,273 have recovered from the same. 12,070 passed away due to acquiring the virus and or complications related to its acquisition.

Working hand-in-hand with the central government, Chief Minister B S Yediyurappa mentioned that the Prime Minister will be increasing the amount spent on healthcare from 1.5 of Gross Domestic Product (GDP) to 2.5 percent. The Chief Minister has also inaugurated ‘Arogya Soudha’, a new health secretariat that will house all 53 offices of the Stae Health and Family Welfare Department and those related to Medical Education. All Primary Health Centres (PCHs) in the state (2,380 in number) are currently being reformed by installing modern equipment and more beds. The Chief Minister also assured that required funds will be allotted for further upgrading of the aforementioned PCHs for fiscal 2021-22. Apart from increasing the number of beds and equipment in these health centers, the government is also focusing on increasing the number of