The first of the five seaplane services in Gujarat, connecting Sabarmati River in Ahmedabad to the Statue of Unity in Kevadia in Narmada district, will be inaugurated on October 31, the birth anniversary of Sardar Vallabhbhai Patel. The 19 seater plane which can accommodate 14 passengers will be operated by Spicejet. The next step will connect Dharoi dam (Mehsana district) Ambaji and Shatrunjay dam (Bhavnagar district) and Tapi district. Jal Hans, a commercial seaplane service based in the Andaman and Nicobar Islands was launched as a pilot project in December 2010 with a capacity of 10 passengers. 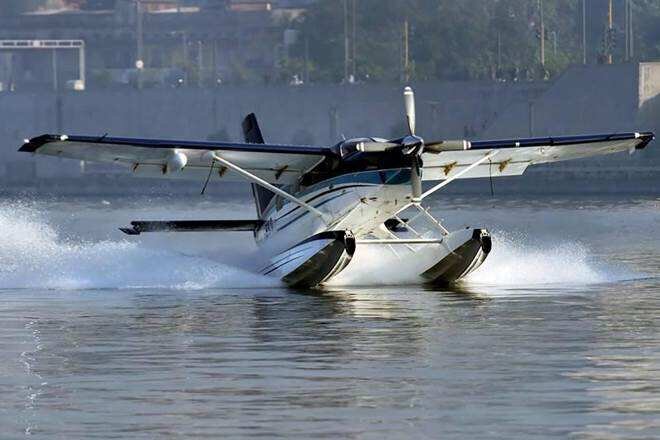 A seaplane is a powered fixed-wing aircraft capable of taking off and landing on water. Seaplanes are usually divided into two categories based on their technological characteristics: floatplanes and flying boats. The latter are generally far larger and can carry far more. Seaplanes that can also take off and land on airfields are in a subclass called amphibious aircraft, or amphibians.

There are a number of countries where seaplanes are operational. These countries include the Philippines, Canada, Australia, the United States, Finland, the United Kingdom, Sri Lanka, Fiji, New Zealand, Papua New Guinea, United Arab Emirates, Italy, Maldives and Hongkong.

The first seaplane project of the country is part of a directive of the Union Ministry of Civil Aviation. As per the directive, the Airports Authority of India (AAI) requested state governments of Gujarat, Assam, Andhra Pradesh and Telangana and the administration of Andaman & Nicobar to propose potential locations for setting up water aerodromes to boost the tourism sector.

In 2019, the Centre approved flights from six water airports that include Shatrunjay Dam (Gujarat), Guwahati riverfront and Umrangso reservoir (Assam) and Nagarjuna Sagar (Andhra Pradesh), under the third round of Ude Desh Ka Aam Nagrik (UDAN) scheme. UDAN was launched as a regional connectivity scheme under the Ministry of Civil Aviation in 2016. The objective of the scheme is to create affordable yet economically viable and profitable flights on regional routes so that flying becomes affordable to the common man even in small towns.

The routes awarded for seaplane operations include Sabarmati riverfront to Statue of Unity and Shatrunjay Dam; Guwahati riverfront to Umrango reservoir, Jorhat and Shillong (Meghalaya) and Nagarjuna Sagar to Vijayawada and Hyderabad (Telangana). Agatti, Kavaratti and Minicoy islands of Lakshadweep have also been proposed to be connected through the seaplane project under the fourth round of UDAN scheme.

Effects on the environment

The water aerodrome is not a listed project/activity in the Schedule to the Environmental Impact Assessment Notification, 2006 and its amendments. However, the Expert Appraisal Committee was of the opinion that the activities proposed under the water aerodrome project may have a similar type of impact similar to that of an airport. In its proposal seeking environmental clearance, the Director of Aviation, Government of Gujarat, had expressed fears of environmental impact during the stage of construction.  According to the state government, during seaplane operations, there will be turbulence created in the water while takeoff and landing of seaplanes which will lead to more mixing of oxygen in the water having a positive impact on the aquatic ecosystem near seaplane operations.