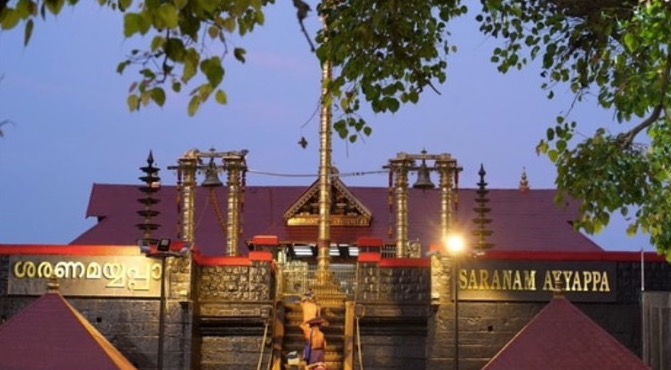 After a while, Kerala’s popular pilgrimage, the Sabarimala temple dedicated to Lord Ayyappa in Kerala’s Pathanamthitta district will reopen on Tuesday for the Chithira Aattathirunal festival will reopen for devotees for the five-day pooja in the Malayalam month of Kumbham from Saturday.

According to the temple trust, Melsanthi Paramewaran Nampoothiri will open the Sreekovil (sanctum sanctorum) of the temple at 5.30 pm in the presence of Tantri Mahesh Mohanaru. No ritual will be performed at the temple on the day. The hill-top shrine will be closed by 9pm after the Harivarasanam rituals. After the monthly puja, the Sabarimala temple will reopen on November 15 for the annual Mandalam-Makaravilakku festival.

Via the virtual queue system, a total of 15,000 devotees will be allowed in for darshan during the five-day pooja. Only those who are having the Covid-19 negative certificate after the RT-PCR test or those who had received two doses of vaccine will be permitted entry to the temple. The temple will be closed after the completion of the monthly pujas by February 17 night.