The only KSRTC Sarige Suraksha Bus, a mobile medical unit at Bantwal taluk has treated nearly 7,500 people, including critically ill patients and the elderly in 59 villages,  within seven months. The bus was sanctioned last year to Bantwal taluk.

While KSRTC has provided the specially designed bus and staff, the health department has been sending doctors, nurses and medicines. The government had sanctioned only one bus with a medical team, medical examination beds, ECG and other equipment in the state. It was brought to Bantwal taluk in July last year.

Bantwal MLA U Rajesh Naik told that the Sarige Suraksha Bus has been serving the poor in villages regularly, by offering consultation, medicines and referring cases to hospitals, in case of major health complications. 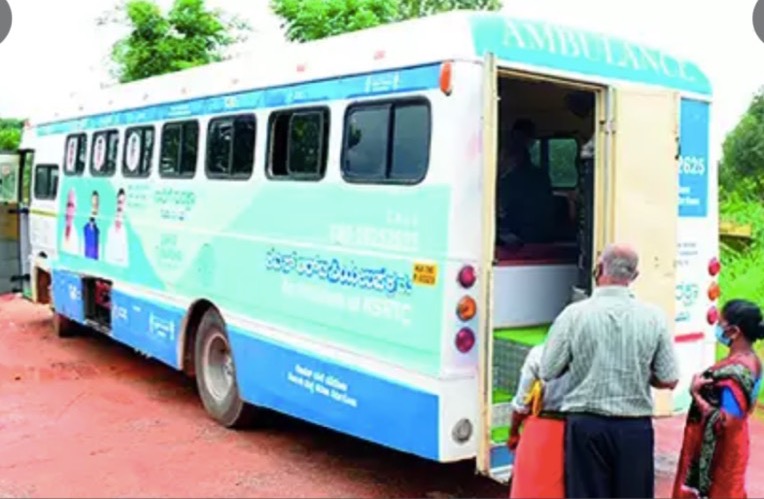 Every week, a schedule with details of villages to be covered on each day is prepared. Presidents of the respective gram panchayats are informed in advance while preparing the schedule. The gram panchayats make all arrangements, including the publicity required, so that patients reach the selected location.

Later, the schedule is sent to the KSRTC division, and they will arrange the service. KSRTC has been taking care of the fuel expenditure, maintaining the vehicle and deputing a driver. The health department has been deputing doctors and nurses. Meanwhile, Dr Padmanabha Kamath, professor, and HoD, cardiology, KMC Mangaluru, has donated an ECG machine.