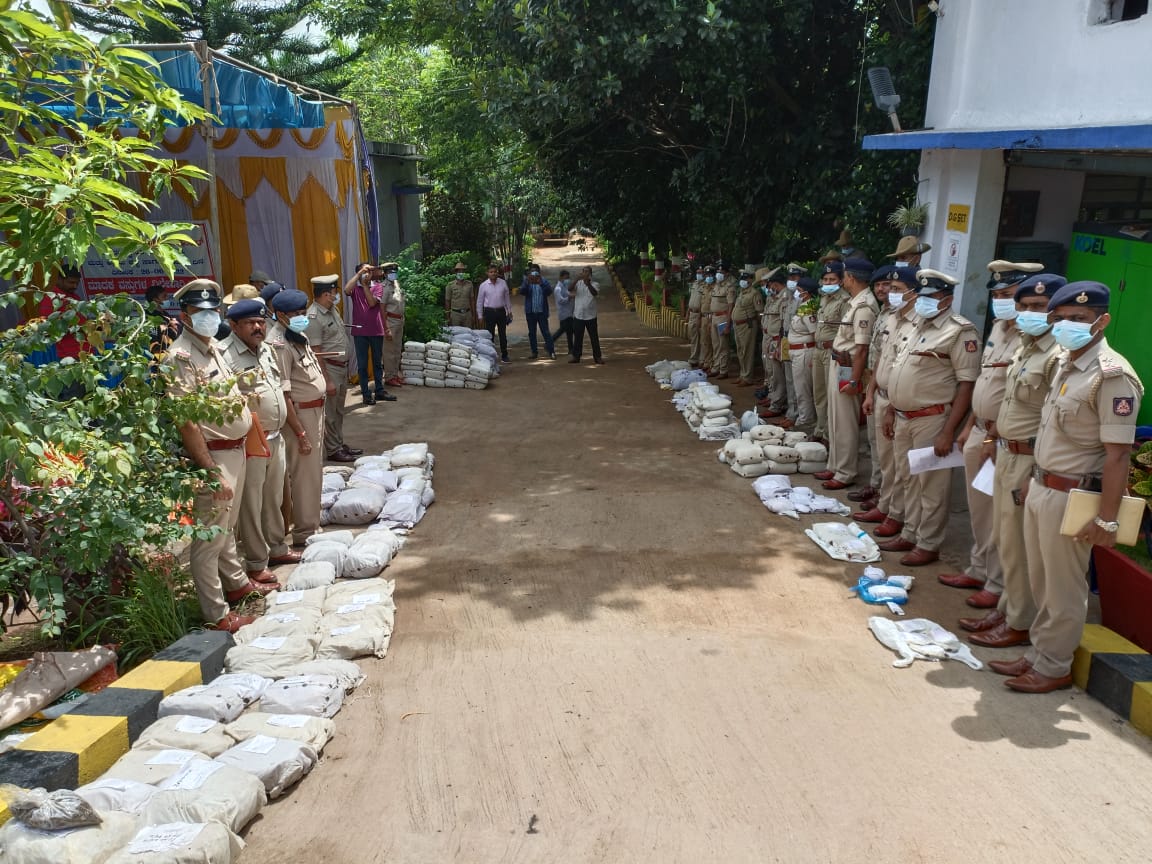 Mangalore City Police on account of Anti Drug Day – June 26, 2022, has destroyed almost 580kg of drugs which were seized. The drugs were collected from 15 different Police stations which come under Mangalore Police Commissionerate.

The Mangalore Police is the law-enforcement agency of Mangalore City. It comes under the Karnataka State Police and is headed by the Commissioner of Police. Mangaluru Police is divided into three Sub Division & One Traffic Sub Division. Mangaluru Police has 15 Police stations under it including one all-women police station &  3 Traffic Police Stations.