In an admirable gesture, the driver and conductor of a private bus returned Rs. 10,000 that they found in their bus at Talapady checkpoint. Mahesh Travels’ employees, conductor Althaf and driver Dinakar returned the money to the police commissioner’s office. 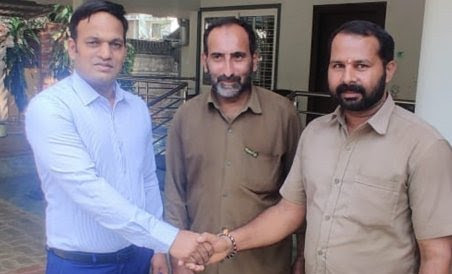