Nitte DU achieved another milestone and newest ranking, awarded by SCImago Research Group, Spain. Nitte ranked 43rd among Indian Universities, 294th in Asiatic region and 527th in the world. The rankings are given based on research, innovation and social impact. 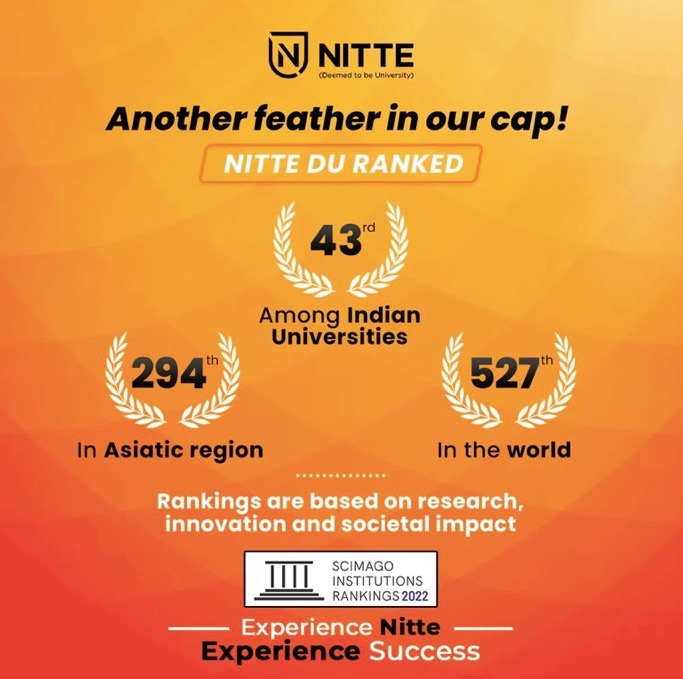