President Ram Nath Kovind awarded PV Sindhu, India’s most accomplished badminton player, with the Padma Bhushan award, the country’s third-highest civilian honor, at the Rashtrapati Bhavan in New Delhi Today. The Padma Prizes ceremony was attended by Prime Minister Narendra Modi, who gave 119 awards to awardees. PV Sindhu is one of India’s most accomplished athletes of the contemporary period. 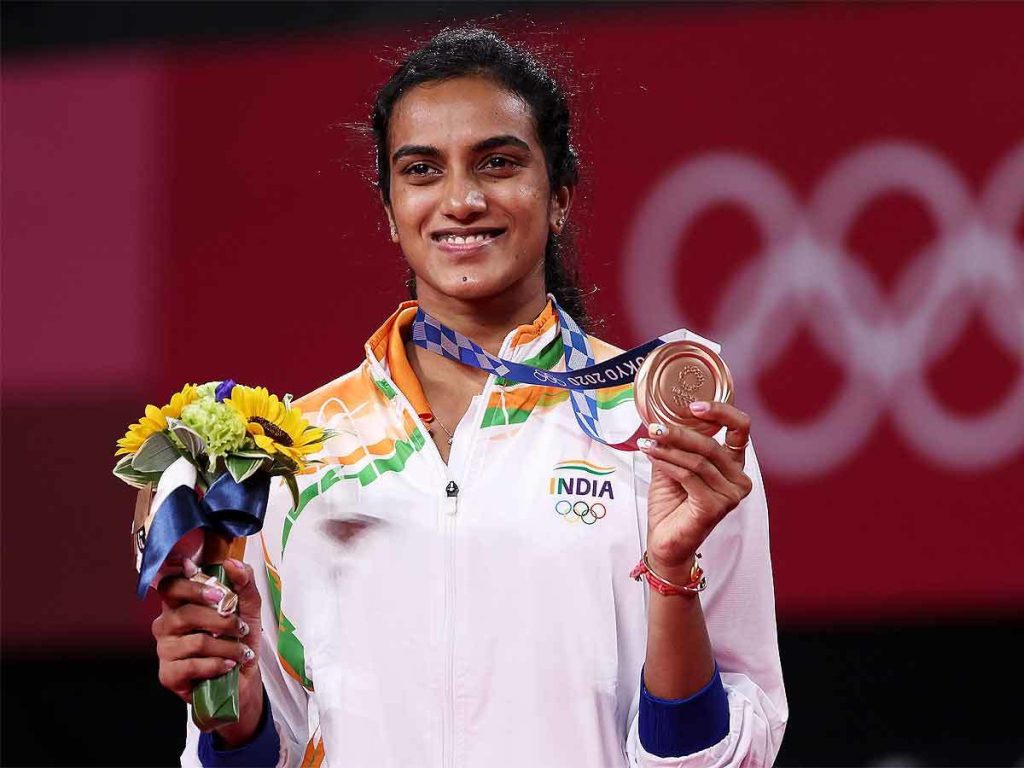 The 26-year-old earned a silver medal in women’s singles badminton at the 2016 Rio Olympics and a bronze medal at the 2020 Tokyo Olympics, making her the first Indian woman to win two individual Olympic medals. In 2019, she also won the badminton world championships.

Sindhu mentioned that she is honored to have received the coveted award for exceptional service to the country at the Padma Awards event on Monday. It’s a proud time for her. She is grateful to the government of India. These prizes provide us with a lot of inspiration, encouragement, and support. Sindhu was quoted by news outlet ANI as saying, She has several forthcoming competitions, and she will give her best in them.