Mangalore stands out with its exhilarating things, let it be education, food, culture, etc. Here is another young man who is making waves in the international arena in Mixed Martial Arts.

Meet Ramston Rodrigues, who beat international medalist from the Czech Republic, Lucas Piffko in the IMMAF (International Mixed Martial Arts Federation) in the World Championship held from January 24-29 this year in Abu Dhabi.

He has been associated with sports from a very young age. A versatile sportsman was not into MMA during his stint in India. He was a national-level swimmer and water polo player for a long time, throughout high school and college.

He moved on from aquatic sports in 2012 when he moved abroad. He had always been a huge fan of martial arts and it always had a tremendous impact on him. However, unfortunately, the opportunity to learn legit Mixed Martial Arts (MMA) in India was limited back then.

“When I moved to Dubai one of my goals was to enroll myself with an MMA gym not to pursue it as a career but out of a sheer passion for this art. And that is how my MMA journey began through BJJ (Brazilian Jiu-Jitsu) back in 2016.”

Ramston says he has had the privilege to train under some of the best practitioners in the world. “The list will be endless if I start to take all the big names that I have trained under. I currently train under the Falcons MMA team and my coaches are Liam and Mohammed Fakhreddine,” quips Ramston.

There is no MMA fan in any corner of the world who doesn’t adore Conor Mcgregor. Ramston says he was fortunate enough to train with the UFC giant. “Conor Mcgregor is a special individual. The world knows what he has done for the sport. I have been a huge fan even before he was in the UFC. I have followed his journey very closely. I would have been happy just to meet him once as a fan but when I got the opportunity to train with him it was just overwhelming. What’s more? For him to have me as a part of his fight camp was just an honour for which I am forever grateful,” recalls Ramston. 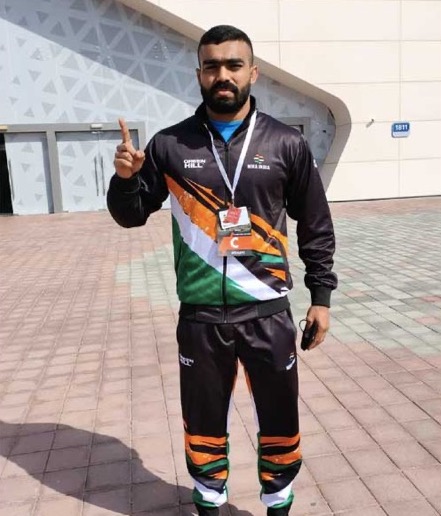 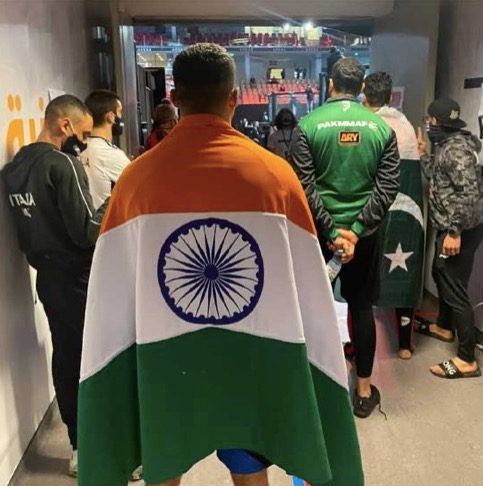 When it comes to his role models Ramston feels it is not fair to mention just one name. He says, “We have had many role models in my life. My parents, coaches and so many have inspired me and continue to do so.”

One of Ramston’s milestones in the MMA journey is his bout with Lucas Piffko from the Czech Republic. “Firstly, it is always a dream for an athlete to represent the country in a World Championship and when this opportunity was presented I was so grateful. The IMMAF (International Mixed Martial Arts Federation) is where the top amateur fighters around the world compete. The 2021 World Championship was held from January 24-29 this year in Abu Dhabi. My opponent Lucas Piffko was a European silver medalist and multiple times international medalist. I was able to get a great finish in the very first round (36 seconds) via a knockout and was blessed to put the country on the world map,” beams Ramston.

Apart from his passion for sports, Ramston is a thorough family man. He was born in Mangaluru to Asha Rodrigues and Raymond Rodrigues. They moved to Bangalore in the early 2000 and started a business venture, Asha Caterers. Ramston married Rachel Jayaprakash in 2020 and they are currently residing in Dubai. His family completes with two siblings, Royston and Steffi. His sister-in-law Dhiksha and brother-in-law Rohit.