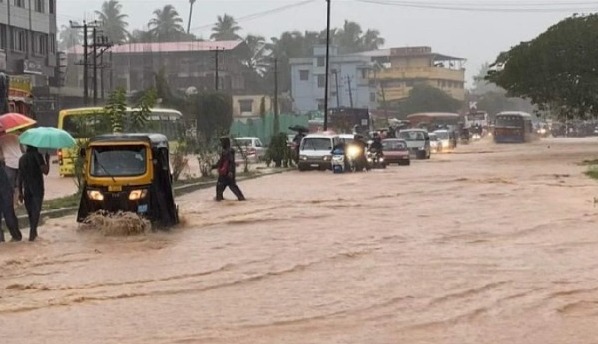 Coastal districts have been pouring with heavy rains for the last 2 days, disrupting life. All the roads of Mangalore have been flooded due to the increase in rainfall. Karnataka will receive heavy rain for 4 days from today due to the formation of an upper cyclone in the Arabian Sea.

In Mangalore due to heavy rains, more than 20 houses have been inundated with water and life has been disrupted. There was heavy rain in some parts of Dakshina Kannada, Udupi, Uttara Kannada, Koppal, Hassan, Chikmagalur and Shimoga also received heavy rain.

It has been said that heavy rainfall will occur in Dakshina Kannada, Udupi and Uttara Kannada districts today. An orange alert has been announced on the coast of Karnataka today. Coastal, southern hinterland and northern hinterland are likely to receive more rain. Showers will continue in Bangalore as well. Chikkamagaluru, Hassan, Kodagu, Shimoga will also receive heavy rain and orange alert has been announced.