Road Built Entirely By Plastic Is Now In Bangalore 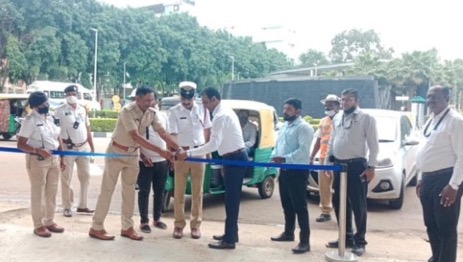 First, in Bangalore, there is a road built entirely from recycled 3000 kgs of plastic. This is a great initiative that should urge more such roads to be built in Bengaluru and across India as we battle against the environmental damage plastics cause.

The new road connects the Outer Ring Road with the RMZ Ecospace in Bellandur and is believed to be the first in Bengaluru to be made entirely from recycled plastic. As an added bonus, it is also expected to decongest traffic during peak hours.

The fully plastic road was laid thanks to a partnership between city-based social venture PotHoleRaja and the Bruhat Bengaluru Mahanagara Palike, the city’s civic body, with help from companies based along the Outer Ring Road.

According to a video shared by PotHoleRaja on Twitter, as much as 3,000 kg of plastic waste was used to construct this road which will reduce commute time for people who work along the ORR IT belt by 30 minutes. Office-goers and others who are going from Bellandur to Marathahalli can now make a U turn to go to RMZ Ecospace using this road

“The road is now operational at RMZ Ecoworld entrance. Thanks to BMRCL, @BBMPCOMM, and ORR companies for their support.” the social venture tweeted.