Musical notes of Sonu Nigam to be heard in Mangalore, Rohan Corporation presenting Live concert of Sonu Nigam at Rohan estate Pakshikere, Haleyangadi on 5th March. Collect your free passes before 3rd march from Rohan Estate or online, Gates for the event will close at 5 pm on the day.

Rohan Corporation has become a colossal name in the construction and real estate industry with projects that have modernised and reinvigorated the coastal city of Mangalore. After 29 years of being in the business and with over 2000+ happy customers residing in their dream homes, Rohan Corporation has not only become a name to reckon with in the city but is also thriving with a vision to broaden every smile and reach greater heights with every project. 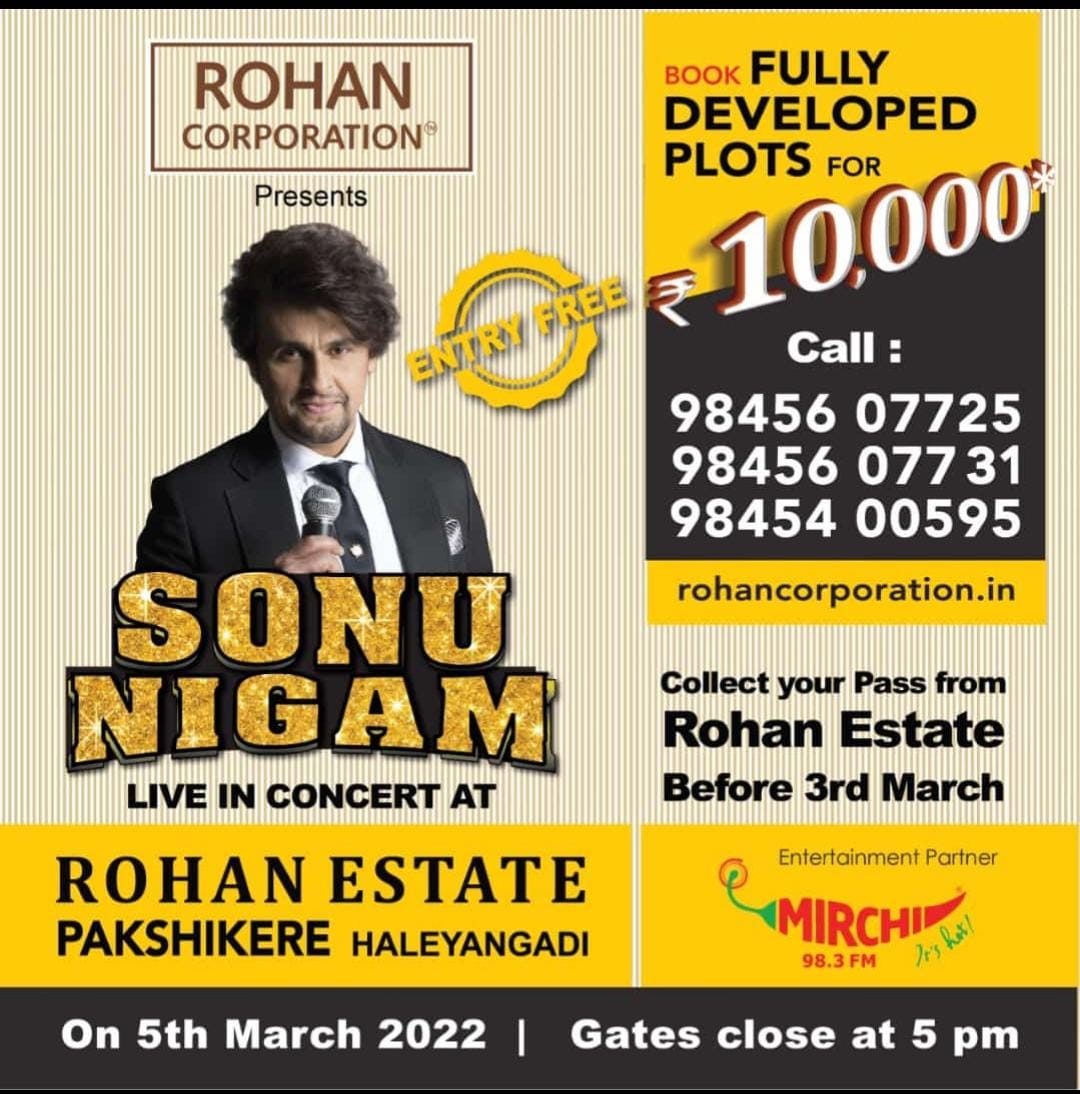 Don’t miss the chance, go thrive in music. You can also get your pass from the given link: https://rohancorporation.in/liveinconcert/

Actor Arjun Kapikad's directorial debut 'Abatara' will hit in the theatres on August 18. Actor, director and screenplay writer Devadas Kapikad has written the story...
All News