A local fisherman discovered a sea turtle nesting location near the lighthouse at Kundapur’s Kodi Beach on Saturday. Following this, the forest department is monitoring the area with the help of NGOs and residents, and enclosures have been built. Nesting has already begun and is expected to last till the end of January. The forest service will be on the search for nesting locations 24 hours a day, seven days a week. Like last year, the local fishing community and non-governmental organizations (NGOs) will be involved in conservation efforts. 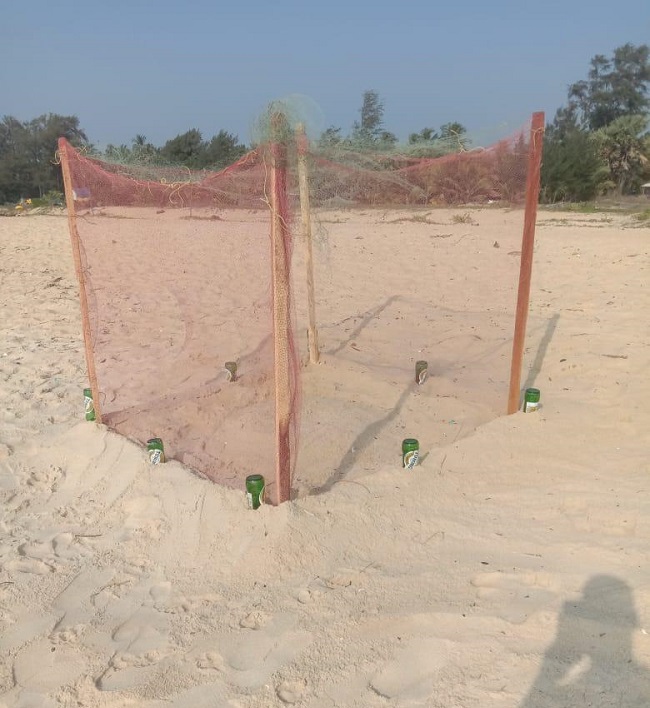 The nests were first seen last year in mid-December. It’s critical to protect the nesting locations until the hatchlings emerge.  The beach cleanup event appears to have had a good impact, as communities have banded together to support conservation initiatives. They witnessed an increase in the number of nests last year as a result of concerted efforts.

Like the previous year, it was fisherman Babu Mogaveera who initially observed the nesting location near the lighthouse, as per a mathematics teacher at the Morarji Desai Residential School in Bramhavar and a volunteer with the Clean Kundapura Project’s beach cleanup effort. They believe there are between 80 and 100 eggs at the location. Around 250 hatchlings made it to the water last year from 11 hatcheries. The weather was not on our side, and many eggs were lost as a result. They are hoping to see more hatchlings return to the water this season.