Today, Harekala Hajabba was awarded the ‘Padma Shri’ civilian honor by India’s President, Ram Nath Kovind. Hajabba traveled to Delhi with his nephew. On November 7, he arrived in New Delhi and stayed at Hotel Asoka. Thanks to the Dakshina Kannada district administration and Dakshina Kannada MP Nalin Kumar Kateel’s efforts, their journey was made possible. 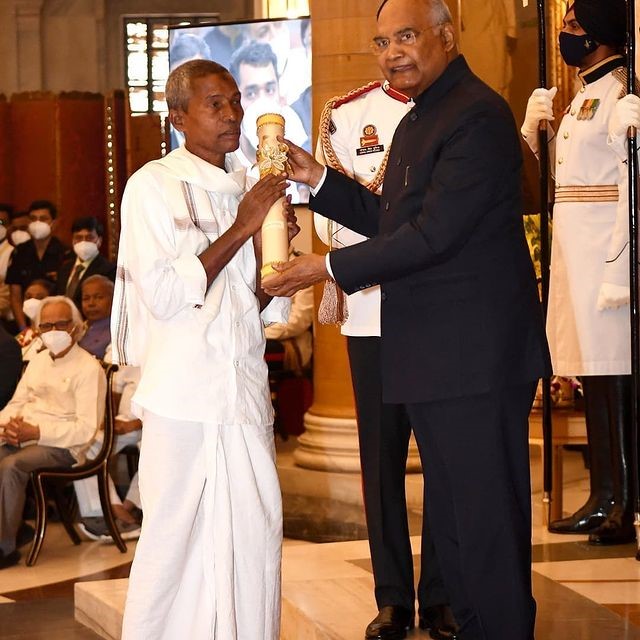 .Hajabba was chosen for the honor because he served in the field of education. Hajabba, an orange seller, started a revolution in education by using his resources to build a school in his hometown of Harekala and contributing to its expansion year after year. The Padma Shri award for Hajabba was announced on January 25, 2020, but the ceremony was canceled due to the Covid crisis. The awards ceremony took place at the Rashtrapati Bhawan’s Darbar Hall.