Solutions Being Considered For Lack Of Parking Spaces In Mangalore

Mangalore is home to many crowded places all of which require appropriate parking spaces as the number of vehicles on the roads have been on a steady rise. To meet this rising demand, it is necessary to identify unused land and other spaces and convert them into usable parking spaces. Of all the crowded places in the city, those that demand immediate attention are Kankanady, Ambedkar Circle, Bunts Hostel, State Bank, PVS Circle, Kudroli, Bunder, Lalbhag, and Car Street. Most people usually park their vehicles on the sides of roads which causes a lot of trouble to the moving traffic as they take up a lot of space. Thus, the Mangalore City Corporation (MCC) has sent a proposal to form a team that will work to identify spaces that can be made into parking lots. 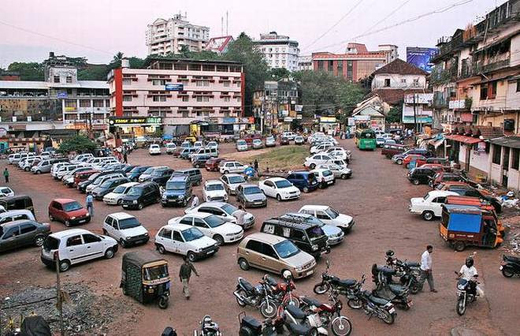 Among those who have to leave their car on the side of the road, some have urgent work that needs their immediate attention. As a consequence of the same, they tend to hastily park their car on one side before rushing to work. However, most such vehicles are then towed away, with people having to spend many hours in the police station completing formalities and paying large sums of fine.

This unavailability of parking space can be seen as a direct consequence of buildings using their parking spaces for commercial purposes. The MCC has issued notices to 50 such identified buildings which have later re-converted the aforementioned spaces to parking lots. The Corporation Commissioner Akshay Sridhar mentioned that the MCC is strict against any such violations. Furthermore, MLA Vedavyas Kamath explained that a three-storied parking complex will be built near Balam Bhat Hall to serve as a solution to the problems at Car Street.

Moreover, in a meeting that is to be held between police and corporation officials, hums, CCTV cameras, signboards, etc will be approved to better manage the situation.