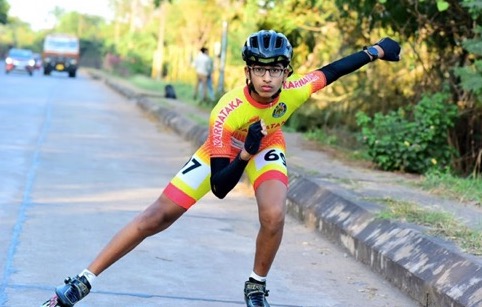 Tanmay M Kottari, made Mangaloreans proud by bagging two silver medals at the national level for skating, he represented Karnataka in the 59th national level roller skating championship organized by the Roller Skating Federation of India in New Delhi.

At a tender age of three and a half years itself, Tanmay had shown affection towards roller skating. So far he has won more than 75 medals in various competitions from district level to national level. He won the Dakshina Kannada district level championship six times in a row. In addition, he has been a champion in the Dasara skating championship twice. Tanmay has won state and south India level roller skating competitions also. 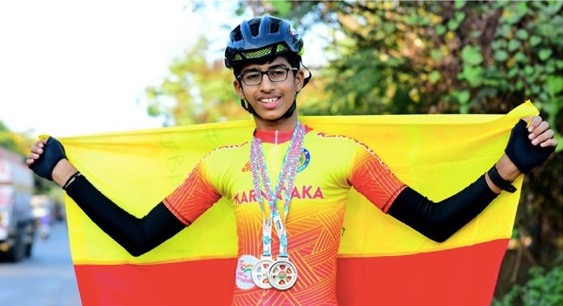 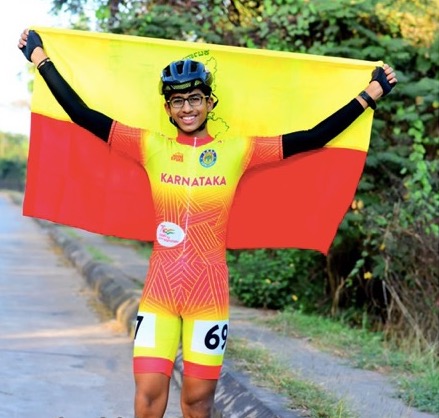 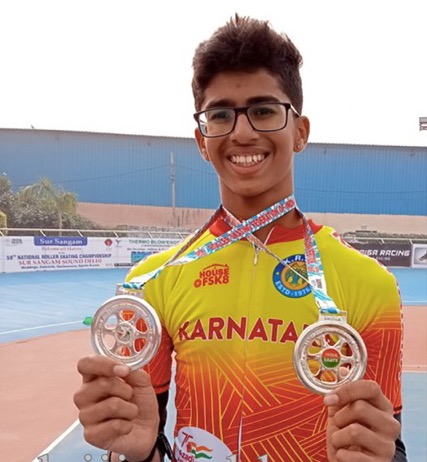 Tanmay won three gold medals and was declared national champion in the All India Open national skating championship that was held at Pondicherry in May 2017.

So far Tanmay has won three gold medals and two silver medals in the national level, 16 medals at the state level and 12 medals in south zone competitions. He is shaping into an outstanding skater.

Tanmay is the son of Mohan Kottari and Sunita Mohan, residents of Prashant Nagar in Derebail here. He is studying in the eighth grade at Canara CBSE school in the city. Mohandas K is training Tanmay at the High Flyers Skating Club of the city.