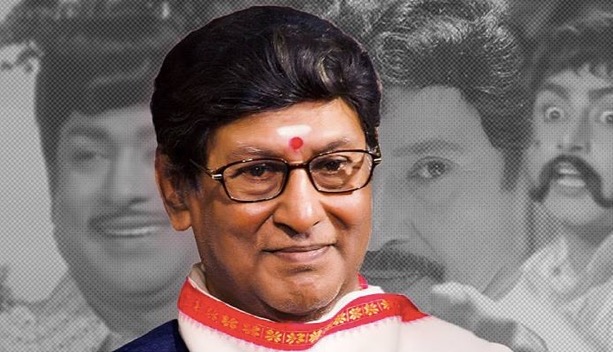 The well-known Kannada actor ‘Kalatapasvi’ Rajesh (82), passed away at around 2.30 am on Saturday, February 19. He had been admitted into a private hospital recently after he fell seriously ill, His mortal remains will be kept at his residence in Vidyaranyapura here till 6.30 pm today. Thereafter, the funeral will be performed, Sarja said.

Rajesh was recently seen in the movie, ‘Old Monk’, in which Srini was in the lead role. Because of ill health, Rajesh had stayed away from the filmdom for some time.

Born as Muni Chowdappa, in Bangalore on April 15, 1932, he was very much interested in acting and acted in plays since his school and college days. After entering cinema in the 1960s, he rose to popularity as ‘Kalatapasvi’ Rajesh in the Kannada film industry.

Rajesh’s first Kannada movie was ‘Veera Sankalpa’ released in the 1960s. After ‘Namma Ooru’ was released in 1968, he changed his name to Rajesh. He also worked as a playback singer for this film. He acted in over 150 films and in 2014, he was awarded the Dr Rajkumar Cultural Endowment Award by the Kannada Sahitya Parishat.

Rajesh had formed his own ‘Shakti’ drama troupe through which a number of plays including ‘Nandadeepa’, ‘Kittur Rani Chennamma’ and ‘Badavana Balu’ were presented. Rajesh had also worked in the past as a typist and shorthand writer in PWD. Considering his immense memorable contributions to Sandalwood, Karnatak University had bestowed on him the honorary doctorate in 2012. He was the father of film actor Aasha Rani and the father-in-law of popular Kannada and Tamil actor Arjun Sarja.

Detailed info. about the Electronic Rand and its functions: In a move that would be a quantum leap forward, the Reserve Bank of India,...
Dakshina Kannada