Aadhaar Card & Voter ID Linking From August 1 In The State

As the assembly elections are approaching in the state, the Election Commission (EC) is beginning a change process in order to prevent fake voting, EC had decided to link voter ID with Aadhaar card.

The process of linking Aadhaar and voter ID and revision of voters’ list will begin from August 1 and go on till March 31, 2023. Those who have completed 17 years can apply for voter ID. Even if a youth is six months short of his or her 18th birthday, he or she can apply for voter ID. As the said person will attain 18 years of age when the election is held, it will be convenient for such youths to cast their vote. 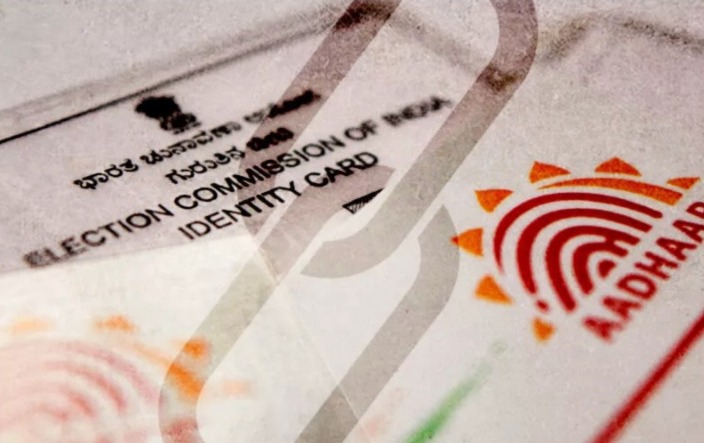 Voters can do the linking by themselves or if the person is not able to provide information of Aadhaar, the same can be confirmed by using any of the 11 documents that are shown during voting.

Simplified new application forms are also available for the registration of voters. For amendments of voters’ lists a new form-8 is available. Provision was earlier given in form 6 to include or transfer of name of voter. However, now this is revised. Form-6 can be used only for inclusion of names to voters’ lists.

If there are more than 1,500 voters in a particular booth, division will be made and a new polling booth will be established. Action will be ensured to see that all members of a family and neighbours are in the same section. If one voter has his or her name in more than one voter list, then action will be taken to withdraw the same. If the photograph of the voter is not clear, clear photos will be taken and added to voters’ list.