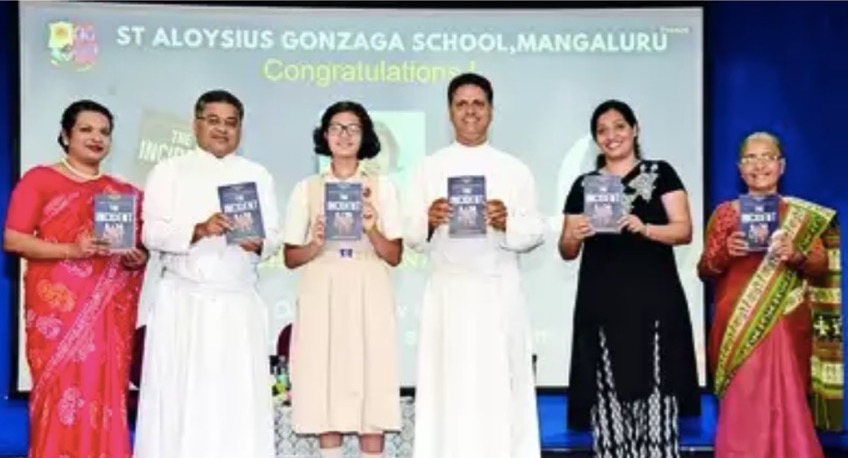 14 years old Shinead Fernandes on Thursday released her first novel, The Incident, which is part of a series of six books called ‘Celestium’ has taken less than two years to complete the book.  Shinead is a high school student of St Aloysius Gonzaga School.

Speaking about her novel, Shinead told that The Incident follows the journey of Aiden and Allen Layne as they participate in the Trial of Yaxford, a set of exams that could get them admitted into Yaxford, Academy of the Arcane.

“I feel that the book is a good read for fans of Harry Potter,” she said as she is clearly a Harry Potter fan, like so many children her age.

. “I started reading at the age of eight and wanted to be an author. However, I never thought that the dream would come true at the age of 14.”

Shinead said she was “inspired and entered into the world writing after reading Black Beauty”. She started writing The Incident in 2019. The pandemic gave her ample time to finish her first novel.

Rev Fr Melvin J Pinto, rector of the St Aloysius Institutions, after releasing Shinead’s book, marvelled at how the young author had managed to pen a novel at such an early age. “One needs tremendous imagination and creativity to write such novels,” he said.