On the occasion of International Whale Shark Day, celebrated globally on August 30, Wildlife Trust of India is launching – the ‘Save the Whale Shark Campaign’ – along the states of Karnataka, Kerala and Lakshadweep. The inauguration of the year-long campaign project is scheduled to be held in Milagres Hall, Mangalore by the Shri Angara Sullia, Minister of Fisheries, Port and Transport Department of Karnataka.

The Whale Shark (Rhincodon typus) is the largest fish on earth and a keystone species in our marine ecosystem. It can grow to a length of approximately 18 m and weigh as much as 21 metric tons. Although distributed widely across tropical and warm temperate seas, limited information is available on the population trends of this species, especially along the Indian coastline. The big fish has the highest level of protection as a Schedule I Species in the Wildlife (Protection) Act, 1972.

The yearlong conservation campaign will run along coastal Karnataka, Kerala and the Lakshadweep Islands in collaboration with the Forest and Fisheries Departments of Karnataka, Kerala and the Lakshadweep Administration. ‘Save the Whale Shark Campaign’ aims to connect marine fisher folks, village communities and students for conservation awareness on the Whale Shark, the largest fish in the World. Further, the campaign aims to reduce accidental entanglements in fishing nets with fishers releasing whale sharks. A mobile application has been developed to record whale shark spotting and rescues for further conservation action.

A similar WTI project operational in Gujarat for the last 20 years has resulted in fisher folks releasing over 900 whale sharks in the Arabian Sea. All the fishers who have rescued the big fish have been made Whale Shark Conservation Champions. Earlier, the fisher folks all along the west coast of India used to hunt the whale shark from their aggregation locations and commercially trade them. 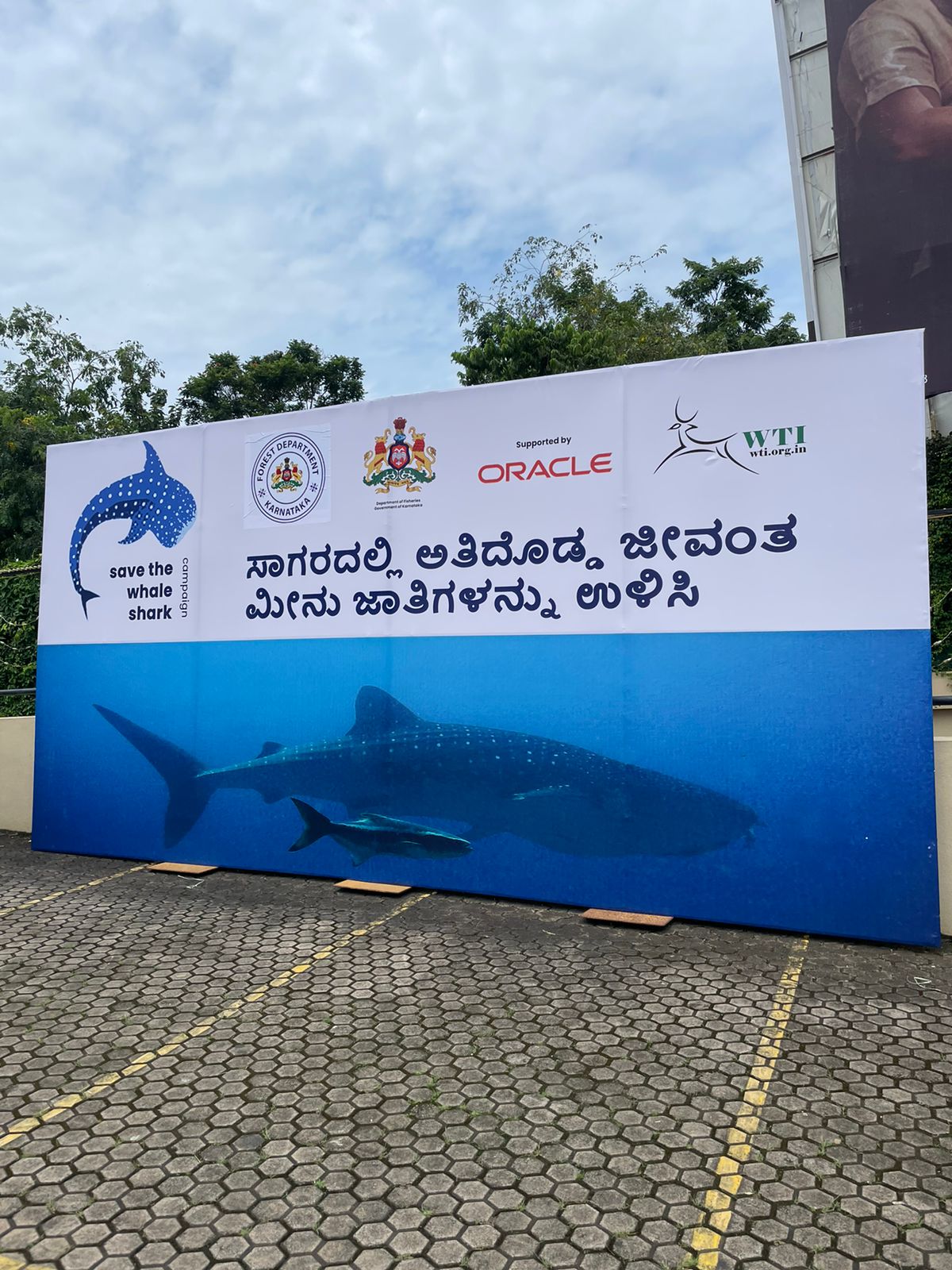 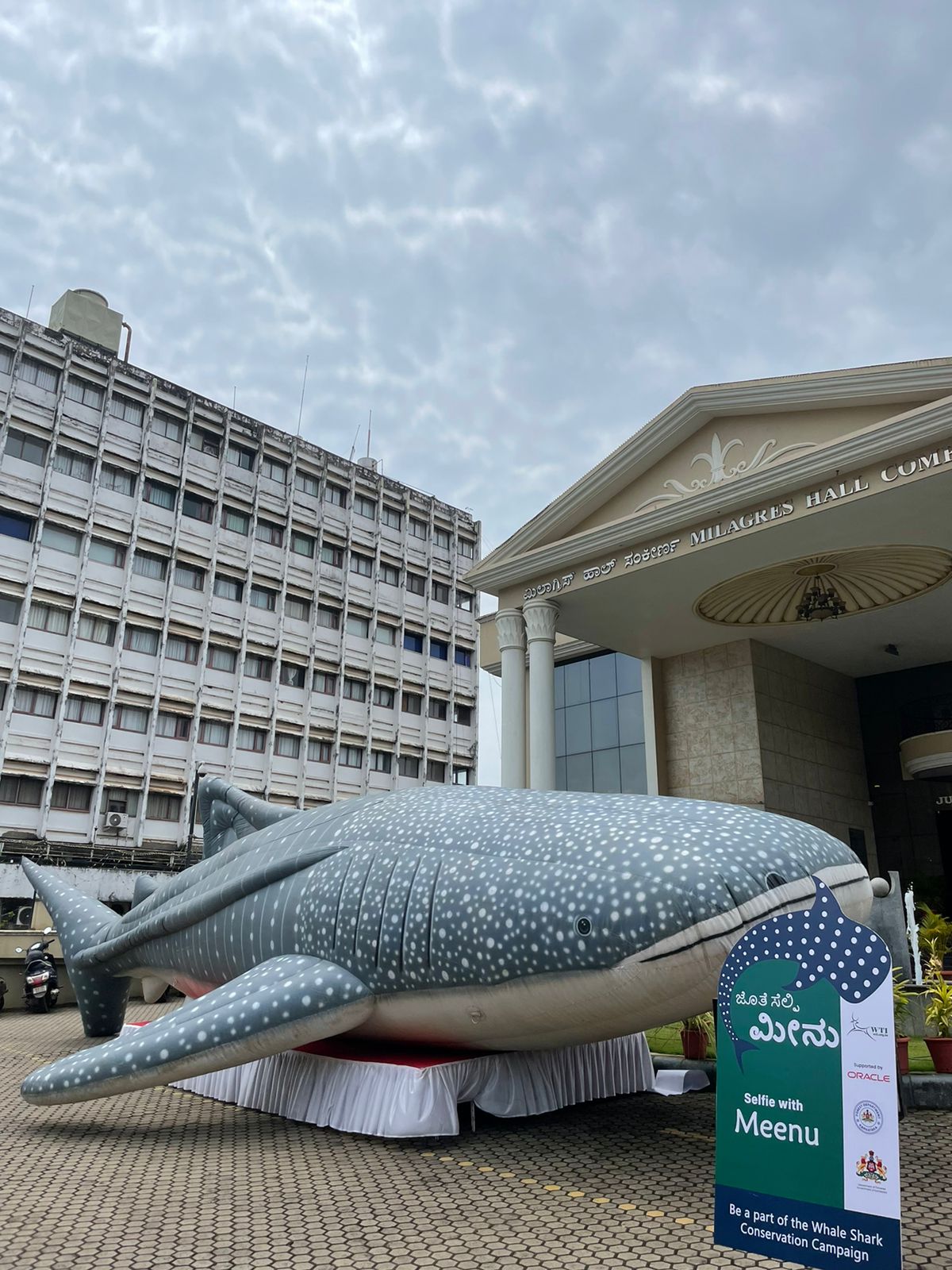 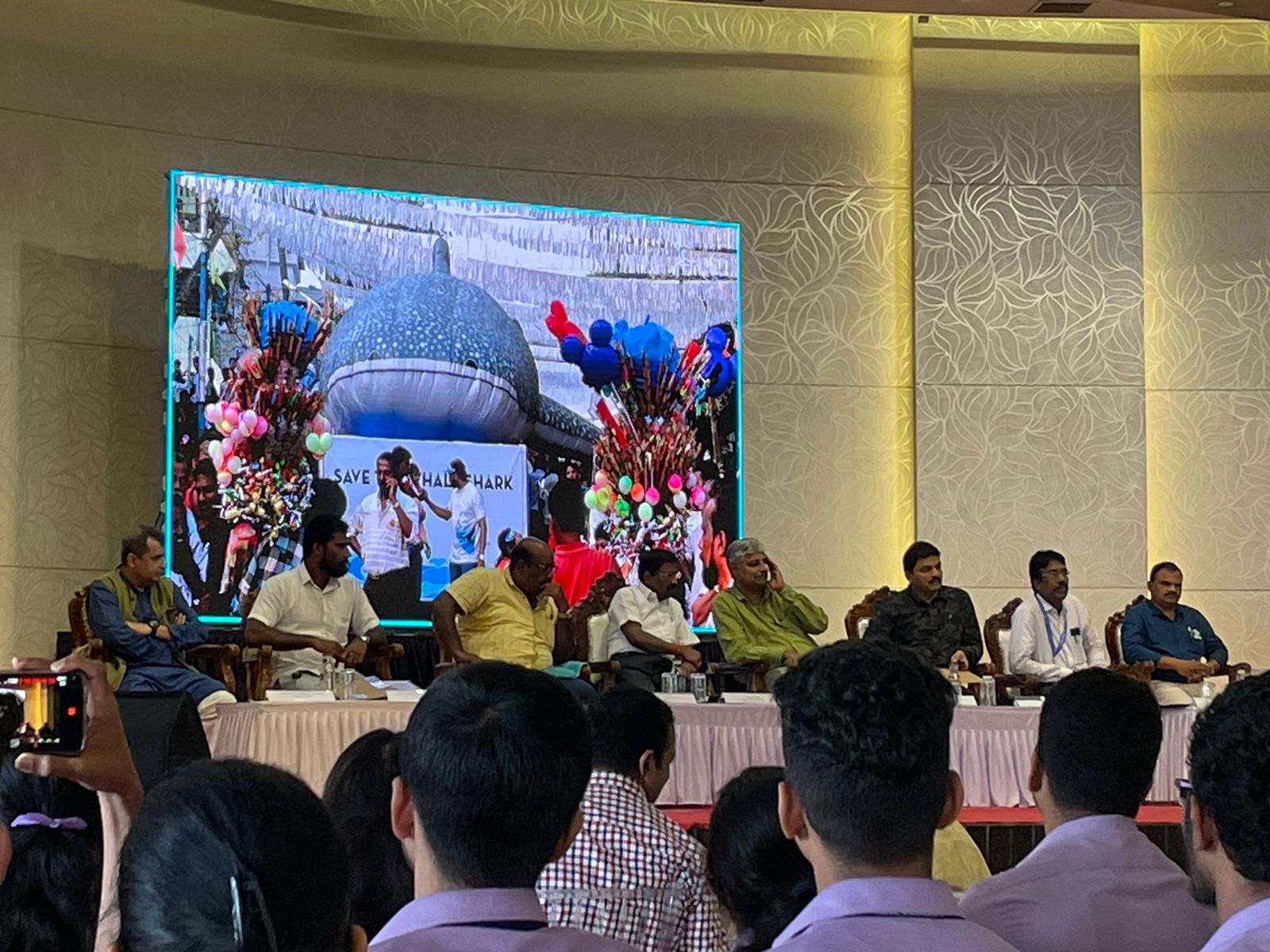 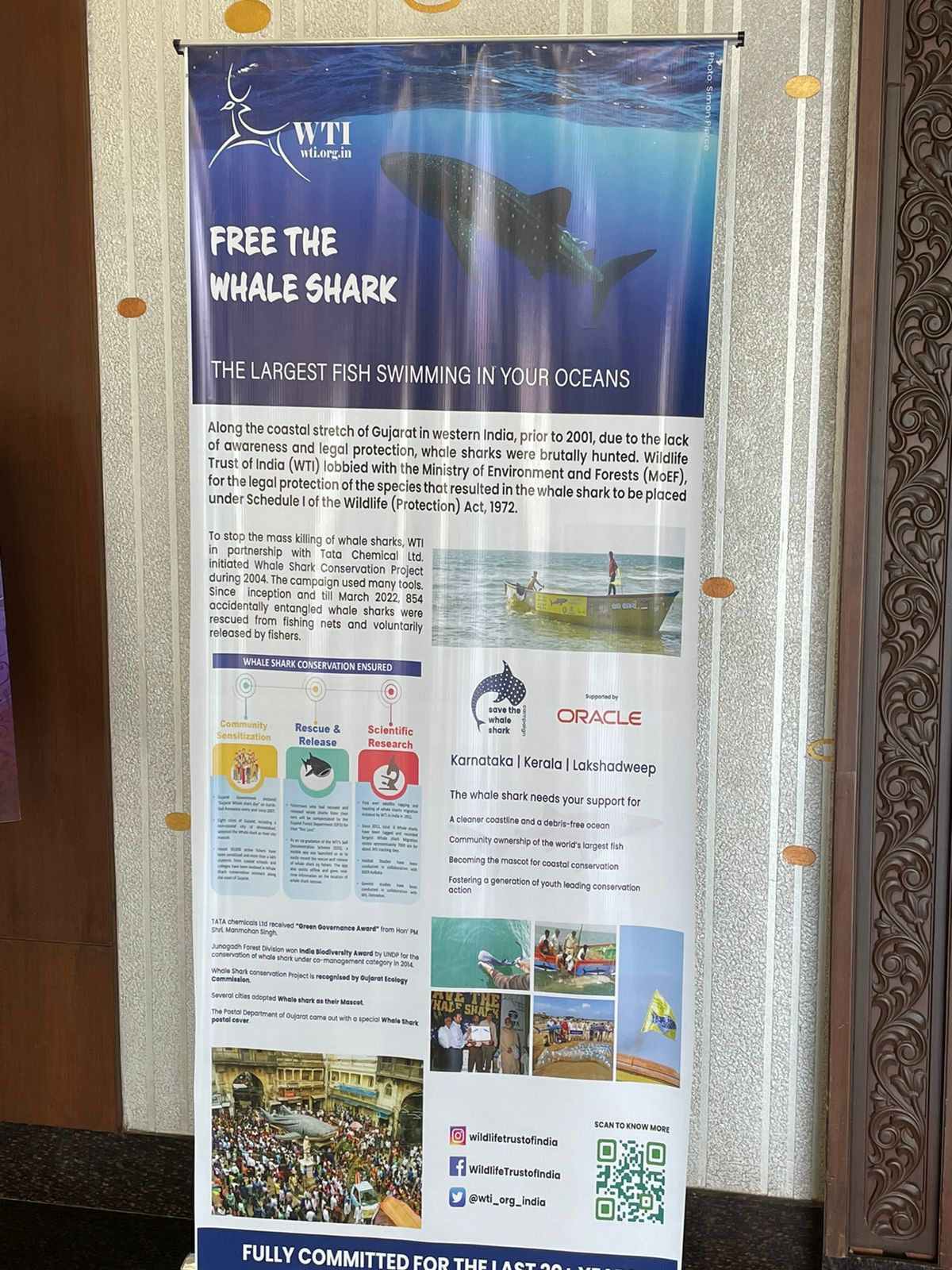 Today, accidental entanglement in fishing nets, collision with boats, and extensive coastal pollution are major threats to whale sharks. The International Union for Conservation of Nature (IUCN) reports whale shark populations as decreasing and its global status notified as ‘Endangered’.

The only way to curb accidental mortality is to ensure the release of the entangled whale sharks from the fishing net without any delay. For this, the primary target group, which is the fishers needs to be sensitized. The rising level of plastic debris in our oceans is a large-scale environmental problem with widespread impacts. Owing to their feeding strategies, this filter-feeding megafauna is particularly susceptible. To address these issues, WTI is expanding the Whale Shark Conservation project with the support from Oracle along the coast of Karnataka, and reinstating the campaign effort back in the states of Kerala and Lakshadweep.

Vivek Menon, Founder and Executive Director of Wildlife Trust of India quoted, “Among the outstanding conservation, stories to emerge from India in recent years is on saving the whale shark. The whale shark, the largest fish in the world, is a migratory guest in our coastal waters travelling thousands of kilometres from Australia and South East Asia. This campaign gives us an opportunity to expand our learnings from Gujarat and motivate another successful community-driven conservation effort in collaboration with the Fisheries and Forest Departments of Karnataka, Kerala and Lakshadweep.”

About Wildlife Trust of India

Wildlife Trust of India (WTI) is a leading Indian nature conservation organization committed to the service of nature. Its mission is to conserve wildlife and its habitat and to work for the welfare of wild animals, in partnership with communities and governments. Since its inception in 1998, WTI has been working towards achieving its vision of a secure natural heritage of India. For more www.wti.org.in