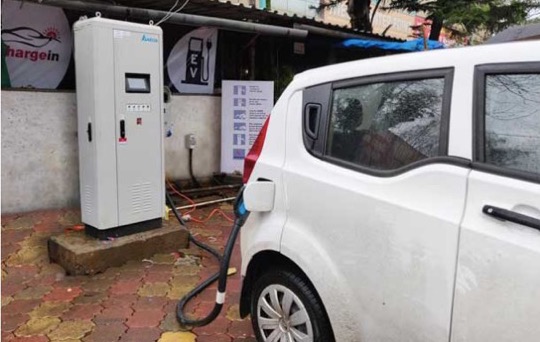 The district is going to witness enough EV charging points in order to encourage electric vehicles, 248 Electrical Vehicle (EV) charging points will be established under the Mescom limits of Dakshina Kannada, Udupi, Shivamogga and Chikkamagaluru. Now, 20 of them are already functioning.

In the 68 sub-division centres of Mescom, 58 AC charging stations are being set up. At present, 20 have begun providing service, including five in Mangaluru city. The work of 30 more stations is in progress.

PM Modi has given a target of producing 500 gigawatts of green electricity in the country by 2030. The target for Karnataka is 10 gigawatt. The government is giving subsidies to buy electrical vehicles as well as to start EV charging stations.

Bescom is the nodal organization for all Escoms to set up EV charging stations. It has set up the highest stations. One AC charger unit is set up by the side of Mescom Bhavan in Mangaluru. On the other side, a DC charger is being set up.

An AC charging will take three hours, while the same will happen within 30 minutes in DC. Now the number of electrical vehicles is less. If the EV charging stations increase, the sale of Electric vehicles will also go up, says Mescom officer Harish Kumar.