The Indian Navy is set to commission an indigenously developed P15B stealth guided-missile destroyer ship on November 21 at the Naval Dockyard in Mumbai, in the presence of the Defence Minister, in a big boost to maritime strength. The destroyer Visakhapatnam was developed by the Directorate of Naval Design, an in-house organization of the Indian Navy, and constructed by Mazagon Dock Limited. 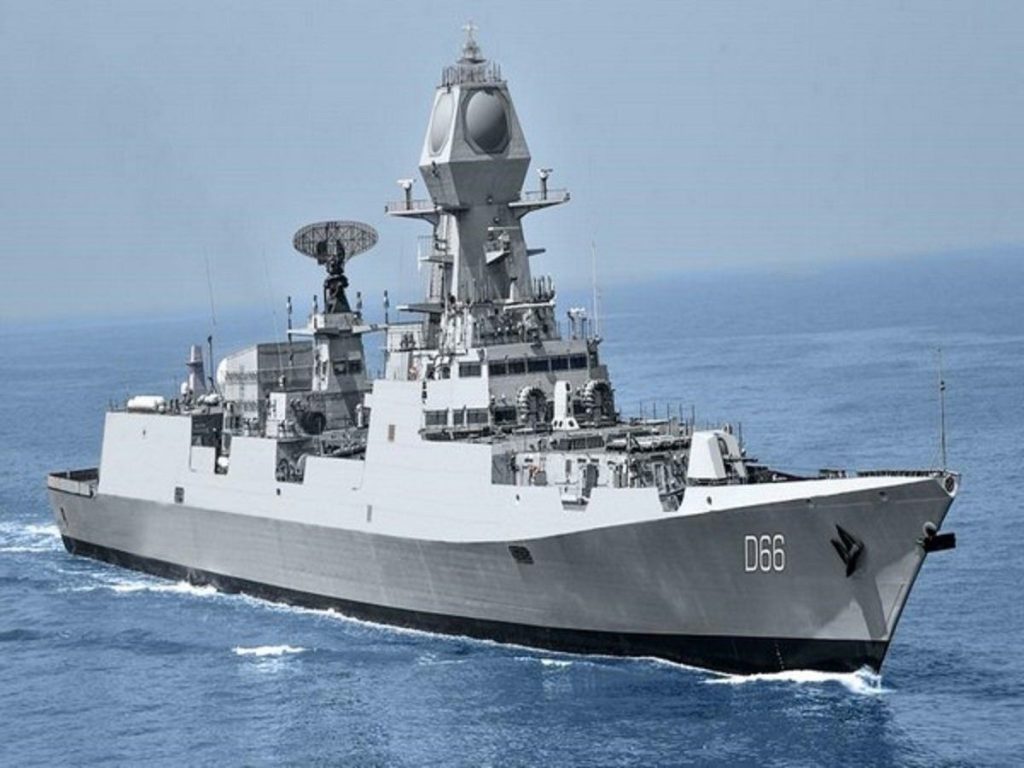 They are preparing for the commissioning of the INS Visakhapatnam on November 21 (Sunday). Today, our indigenous content is at an all-time high. Researchers will continue with a few more trials after commissioning and will be one with the fleet, as per Captain, Commanding Officer (designate) of INS Visakhapatnam. Captain Bains also revealed that onboard machinery and other technological components of the ship have been enhanced to make it more effective and stealthy. Our onboard equipment, auxiliaries, weapon systems, and sensors have all been enhanced, and our weapons and torpedoes have been fired.

As per the Ministry of Defense, the destroyers will be armed with indigenous weapons such as BEL’s medium-range surface-to-air missiles, BrahMos surface-to-surface missiles, and Larsen & Toubro’s indigenous torpedo tube launchers and anti-submarine indigenous rocket launchers.