Christmas is round the corner!!! To bring some good news to all, Blue Angels Choir is all set to release its 9th project; “Christmas Carols Medley 2K21”. The video will be premiering on Sunday the 5th of December 2021 at 11 AM (IST) on their YouTube Channel. Don’t forget to click on SET REMINDER to be the first one to watch the video. 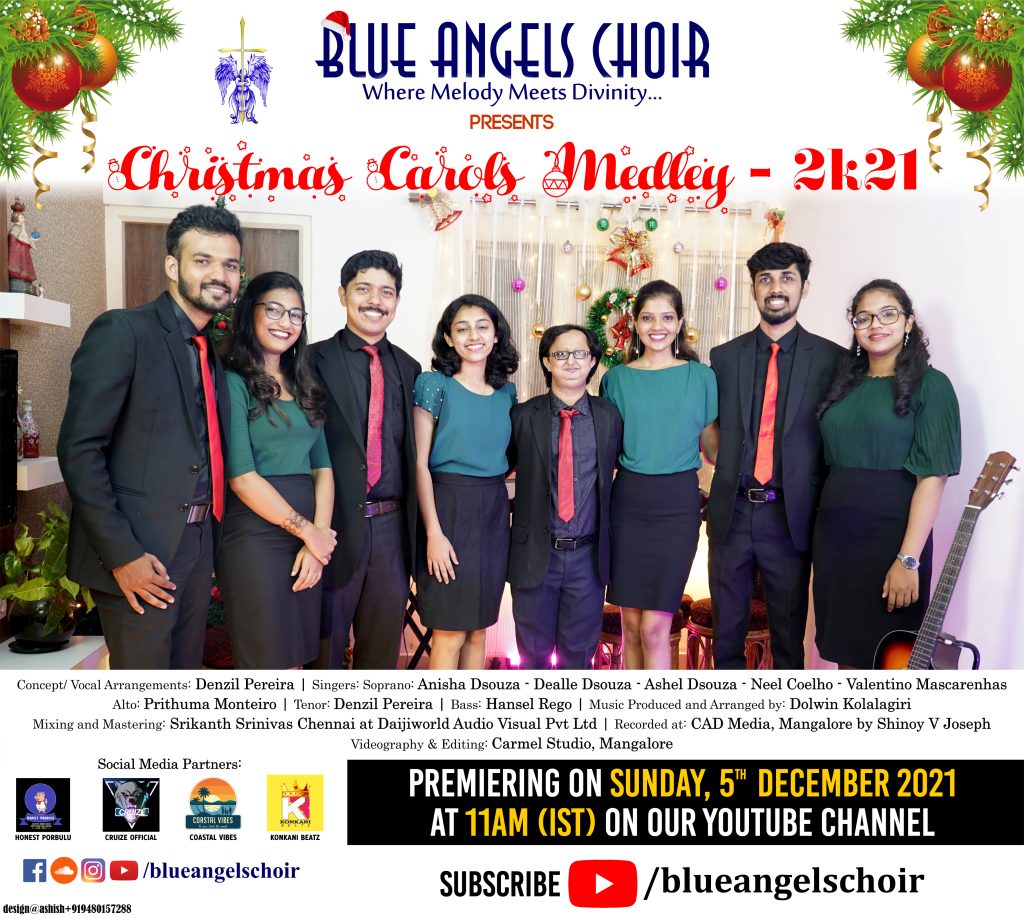 This medley consists of songs in languages like Konkani, English, Kannada, Hindi, Latin, Spanish and Malayalam which can be enjoyed by all. The medley consists of Traditional as well as the recent ones: Viewers can set the reminder by clicking the link given below.

Denzil Pereira, the coordinator of this team has done the vocal Arrangements and sung Tenor. Dolwin Kolalagiri has arranged and produced music. This project has been Mixed and Mastered by Srikanth Srinivas Chennai at Daijiworld Audio Visual Pvt Ltd. The vocals are recorded by Shinoy V Joseph at CAD Studio, Mangalore. The video has been shot and edited by Carmel Studio, Bikarnakatte. Konkani Beatz, Honest Porbulu, Coastal Vibes and Cruize Official are the social media partners for this project.