Gita Gopinath’s Inspiring Journey From Middle-Class Mysuru Girl To No. 2 At IMF

Indian-American Gita Gopinath, the International Monetary Fund’s chief economist, has been appointed as the first deputy managing director (FDMD) at the global financial institution. She will succeed incumbent FDMD Geoffrey Okamoto and will take over as managing director under Kristalina Georgieva. Georgieva applauded Gita, the first woman to serve as the IMF’s top economist, for her intellectual leadership in assisting the global economy and the Fund navigate the twists and turns of the worst economic crisis of our lives, as well as her “extraordinary work” during COVID-19. 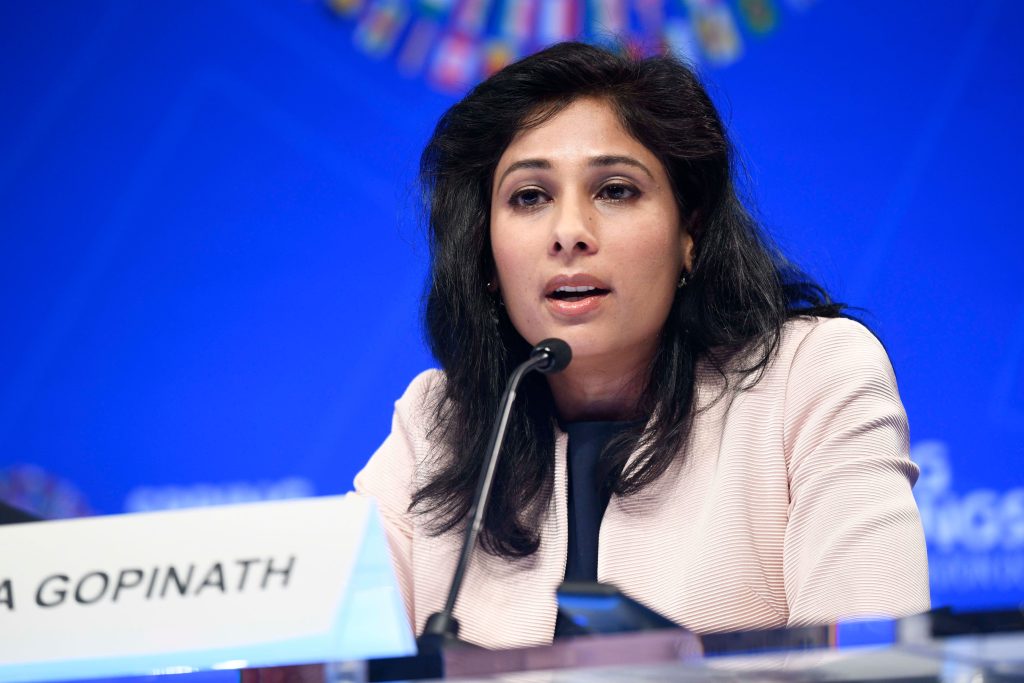 She has been recognized on various platforms for her great sense of research and ability to solve challenging challenges. Gita was elected a fellow of the American Academy of Arts and Sciences and the Econometric Society in 2018, and Foreign Policy magazine named her one of the Top Global Thinkers a year later.

In 2019, the President of India honored her with the Pravasi Bharatiya Samman, an honor given by the Ministry of Overseas Indian Affairs. She felt pleased to become the IMF’s First Deputy Managing Director, Gita tweeted, expressing her excitement for the new post. With the epidemic, the fund’s mission has never been more critical. She is looking forward to collaborating with her bright colleagues to assist our membership in addressing these critical issues.

This is the first time in the institution’s history that two women will be in control. Gita has also been described as the “perfect person at the right moment” for the leadership job by Georgieva. Gita was born on December 8, 1971, in Kolkata, during the Bangladesh conflict, and relocated to Mysore with her family when she was nine years old. She was enrolled in Nirmala Convent, which she had attended since she was in fourth grade.

Her father, T V Gopinath, is a businessman, and her mother, V C Vijayalakshmi, runs a playschool. Even though the world considers Gita a VIP today, Vijayalakshmi has previously stated that she is only her child. Regardless of her busy schedule, she thinks about me every night. “Can you think of anything else she could ask for?”

Tulu is probably going to replace Kannada as the second official language of Karnataka. A committee has already been established in this regard, and...
#VocalForLocal