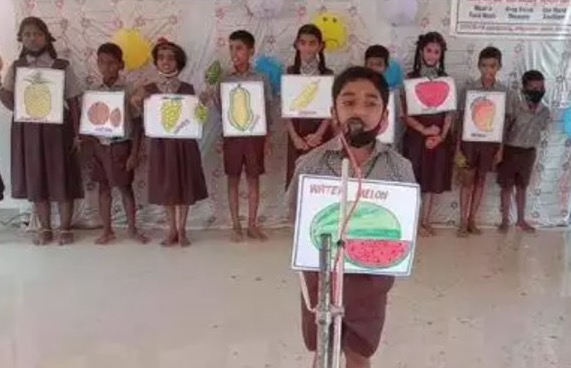 Government Schools in Brahmavar introduced the Spoken English course this year. The initiative is to encourage more students to join government schools, 23 out of 92 lower and higher primary Government schools took up the course. This is an initiative by Brahmavar block resource person Udaya B, with the support of the block education officer.

“Parents hope that children will learn to speak good English at schools. In an era of strong competition from private English medium schools, it is important for government schools to innovate and provide quality education. In this regard, work on introducing the course began last year, and proper implementation is being done, only after students started attending schools regularly,” Udaya B told.

Last year, a spoken English empowerment team was formed, and interested teachers from 25 schools were selected to be part of this programme. Classes were held on four Saturdays for the teachers, with district and state-level resource persons. The then BEO and English teacher O R Prakash had taken a special interest in the initiative and taught classes as well.

“Due to the lockdown, the sessions for teachers became online. Resource persons conducted 60 sessions, and about 70 teachers, including those teaching other subjects, attended the programme. Since physical classes were not being held, we introduced this course online to the students in 25 schools. Parents have appreciated this programme, as it is instilling confidence among students to speak in English,” he said.

This year, once regular classes commenced, teachers were motivated to launch the course formally. “They are conducting spoken English classes every day, thrice a week or on Saturday afternoon. We must appreciate the efforts by the teachers,” he said.

In the last week of February and the first week of March, 31 schools observed Spoken English Day. “This is an attempt to instil confidence among students to speak English. On this day, students and teachers converse only in English. Various activities from skits to a children’s market were organised. The assembly session was also in English,” he said. Meanwhile, plans are to organise an English Festival on April 9 in schools.

Through such innovative activities, the department hopes that more students will be encouraged to join government schools.

Detailed info. about the Electronic Rand and its functions: In a move that would be a quantum leap forward, the Reserve Bank of India,...
All News