Daily transit for women is indeed a herculean task with perverts lurking at every corner. Such people intentionally touch women and act naive. Most women ignore such daily crises, not voicing against it. In turn those who speak out are ignored and not supported, ultimately concluding it to be a woman’s blunder.

The recent feed circulating in almost all coastal news and social media is harrasment in bus. The reality of the feed being a man sitting beside an young woman making a move on her, constantly even after she had warned him. Dated on 15th January 2021, this women later had posted the picture on social media unable to tolerate his indecent behaviour. 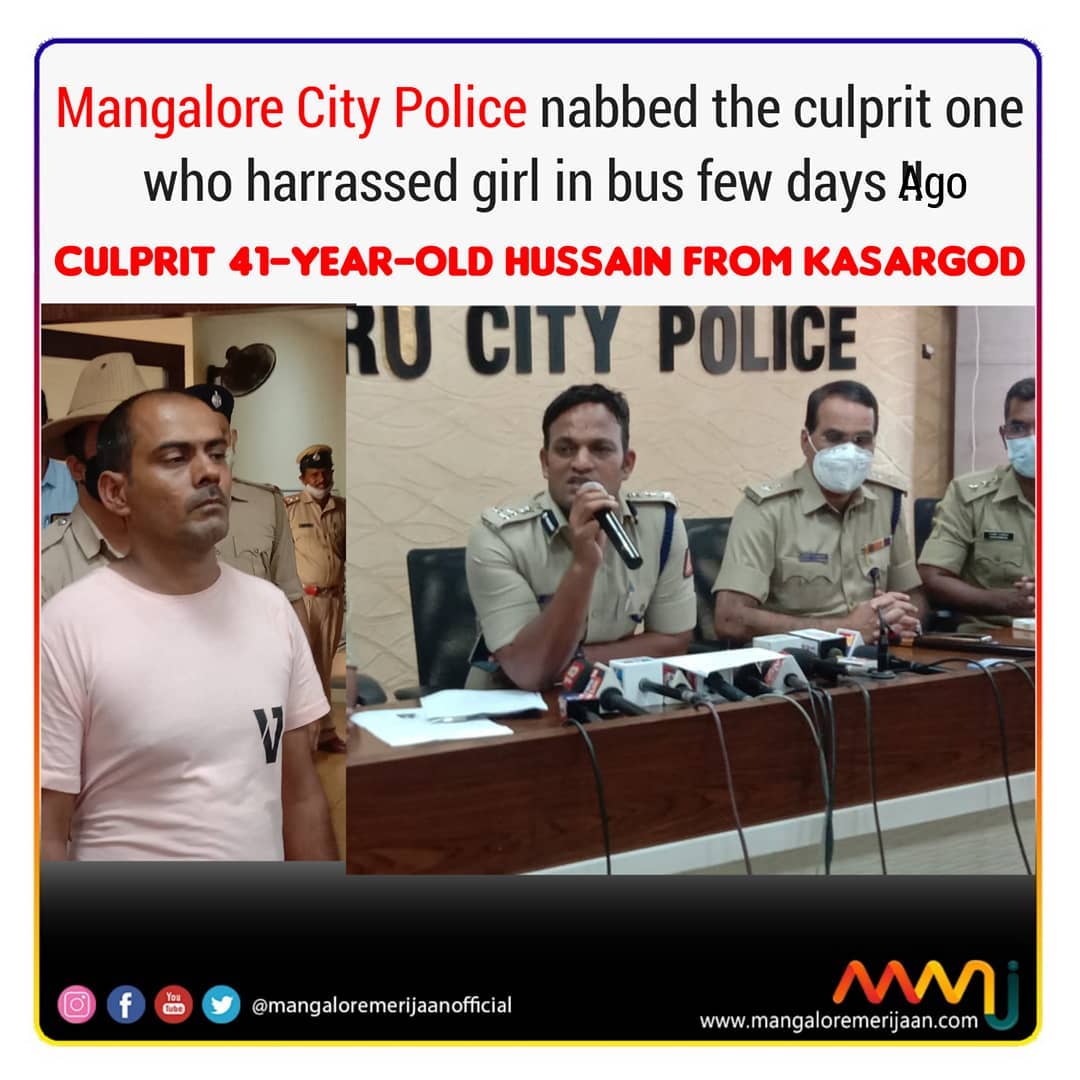 After getting attention from the local crowd ,even the police followed up by catching him, on 20th January, at the quickest. As per the reports Mangalore Police Commissioner spoke about the whole incident. He also told about the victim’s plight as none heeded and came to her aid when she raised her voice. It is indeed shocking hat all the fellow travellers,bus driver and conductor, all sat mum during this commotion. As the reports state this incident happened in a Mahesh bus travelling between Kankanady to Pumpwell.

The arrested has been identified as Hussain, aged 41 from Kasaragod, Kerala. The culprit is a daily wage labourer,on 14th January boarded the bus at K S Hegde,Deralakatte. Spotting the victim at random he sat beside and started touching her inappropriately, simultaneously pretending to be talking over a phone call. When he was yelled at he apologised and moved to the backseat. Despite this warning this pervert has shamelessly boarded the same bus as the victim at the Pumpwell junction sitting again beside her. When the victim angrily asked him to move to another vacant seat he bluntly refuses. Though there was a commotion no public came to the victims rescue.

The victim took a bold step and threatened to post the culprit’s picture on social media to which this weirdo brazenly posed. This lady is indeed worth the praise and inspiration for all women out there who have one through the same situation to come out and speak up. Because of her bold step the police could also catch him.

Naseema Azlin is the brave lady who courageously faced the odds to help catch the future menace of a society. She was felicitated by the Police commissioner among the police officials and representative members from NGO-Moms of Mangalore. Though it is sad to see locals being heedless to the such unscrupulous act, on other hand it is indeed a proud moment to atleast have women voice against such wrong doings.