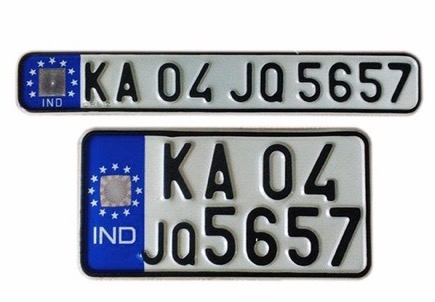 The Transport Department and city traffic police division have clarified that High-Security Registration Plates (HSRP) are not mandatory for vehicles that were registered prior to April 2019.

More than 1.75 crore vehicles were registered before April 2019 in Karnataka. Motorists have been complaining about the traffic police insisting on them replacing the old number plates. Some vented their ire on social media complaining that police penalised them for the charge of fixing ‘faulty number plates’.

Responding to the complaints, Transport Commissioner N. Shivakumar said, “HSRP is not mandatory for old vehicles. It has come into effect from April 2019 and manufacturers, through licenced vendors, have to fix the registration plates. Earlier, we had floated a tender to identify vendors for the supply and installation of the HSRP. However, the process was stalled due to legal issues. Now, the Karnataka Government has to decide on the issue,” he said.

He further added that the traffic police could not insist on HSRP for old vehicles. “Number plates have to be installed as per the specification of the motor vehicles rules. As per the existing rules, a penalty can be imposed against motorists for using defective number plates”.

Deputy Commissioner of Police Traffic (West) Kuldeep Kumar R. Jain said, “No instructions have been given to the traffic police to insist that motorists replace the old number plates with the new ones. They have to follow applicable rules on number plates.”