Saroja Patil is the first female entrepreneur in her village to become a pioneer in organic products. She has assisted in the empowerment of hundreds of women throughout Karnataka. She is a native of Arablache in Bhadravati taluk and moved to Nittur village after marrying Nagendrappa. The Indian government emphasized the adoption of chemical-free, natural agricultural practices for farmers in its latest annual budget and committed policy in this direction. 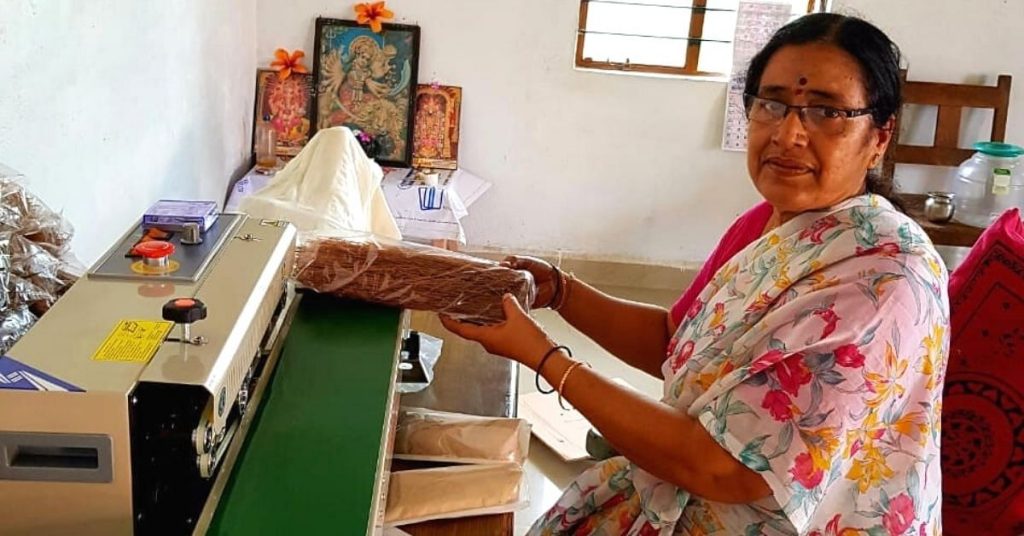 She registered her firm under the Tadhvanam name in 2014, selling a variety of products including her famed banana flour, ragi, rice, jowar, and pearl millet papad. Other unusual goods were rice-wheat vermicelli, ragi, and other stuff. She also sells Rava idli mix, Navane Bisi bele bath mix, and Ragi maldi, a ragi powder mix with spices, jaggery, and indigenous herbs. She also offers chutneys in a variety of flavors. An organic food producer named Eshwar Theerta showed her how to package and promote the items.

Saroja started teaching both men and women how to properly use existing agricultural resources for organic pest management, thus improving soil quality and productivity. Agriculture department officials saw her efforts and asked her to promote organic farming. She then joined the officials who were advising farmers in 20 villages around Harihar and other areas of the state. She not only improved as a teacher, but she also learned new crop-growing techniques from other farmers. The learning and earnings from agriculture helped to improve her family’s financial condition.