Karnataka is ahead of other southern states in COVID vaccination, with more than 66% of adults fully jabbed

Karnataka is well ahead of its borders in fully vaccinating its adult population against COVID-19, with more than 66% of the state’s 4.72 crore people receiving two doses of the vaccine. Kerala had 63% of its adults injured, while Telangana had 6%. However, 11 months after the COVID-19 vaccination campaign, half of the people in Andhra Pradesh and Tamil Nadu are fully vaccinated. However, 66% in Goa, on the west coast, received two doses. 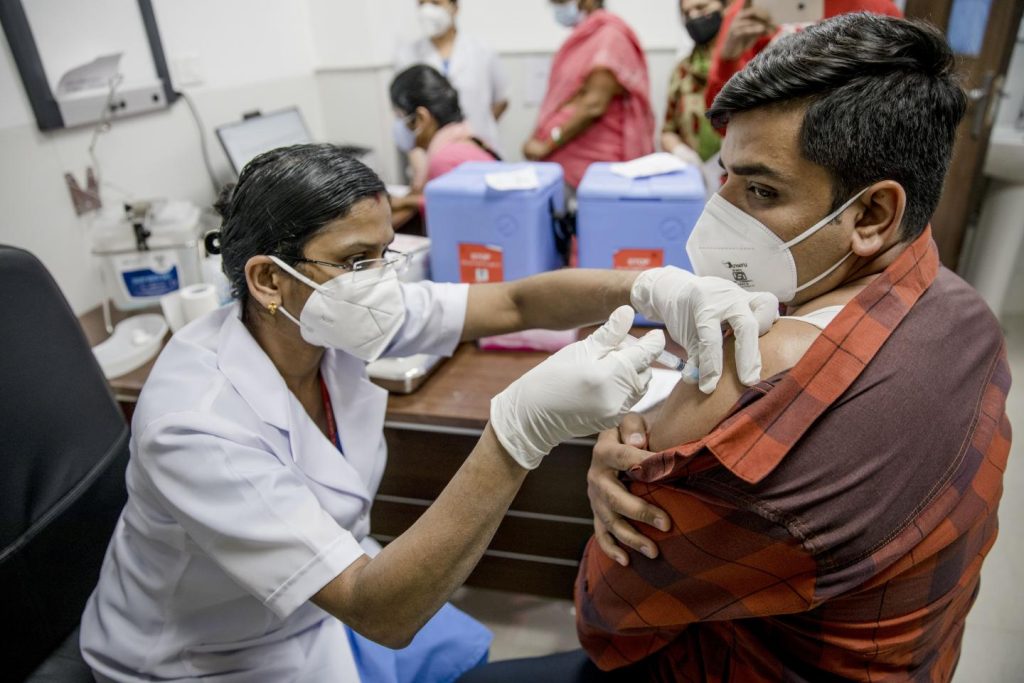 This means that everyone, regardless of vaccination status, should utilize established public health treatments like face masks and avoid large gatherings that can develop into super spreader events, stated, a senior public health researcher at the George Institute for Global Health in Delhi.

On Sunday, India achieved its goal of fully vaccinating half of its adult population, with 85 % receiving only one dosage. Over half of the eligible population has now been fully vaccinated, which is a source of great pride. The importance of public health messages cannot be overstated.

He noted that if the extent of vaccine coverage is overemphasized, there is a risk of expressing a false sense of security, which might lead to individuals not exercising caution. Given that the end of the year is only three weeks away, it is practically impossible for India to vaccinate its 94.47 crore, adults, by 2021, although it is easy to cover the whole adult population with a single dosage since approximately 85 % have already gotten one.

However, to achieve 100% coverage with a single dosage, the government must accelerate vaccination, which has not happened in the previous two months. India’s daily vaccination rate peaked at 78.69 lakhs per day in September, as per data from the Union Health Ministry, before falling to 55.77 lakhs in October and 59.32 lakhs in November. On Saturday, India gave more than one crore vaccinations after a delay of more than a month.