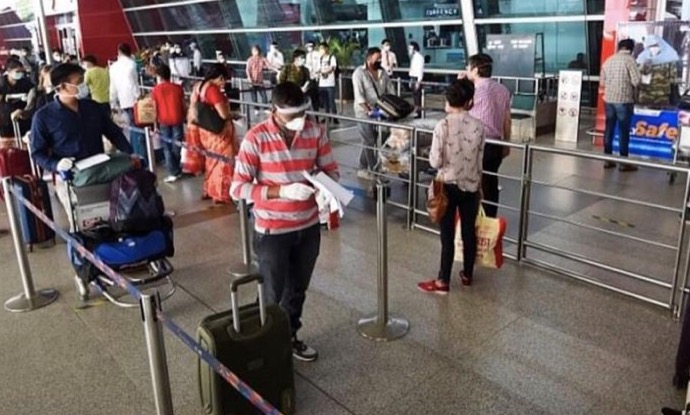 The government is considering imposing new rules for foreign travellers entering the state announced Karnataka Health Minister K Sudhakar. These rules will apply to those coming from eight countries — including China, Hong Kong, South Korea, the United Kingdom and Germany — where the number of cases caused by the XE variant is increasing, the minister said after meeting with the COVID-19 Technical Advisory Committee on Monday, April 11. This came after India reported its first case of the new XE variant of the coronavirus in Mumbai, The TAC has recommended measures at the airports for the same.

For travellers from these countries, rules such as thermal screening, strict surveillance, and mandatory quarantine for a period of 7-10 days have been suggested by the committee. “The government will soon release guidelines regarding this,” he added while urging people to continue following COVID-19 precautionary measures, including wearing masks.

He also mentioned those who have not yet received the second dose of the COVID-19 vaccine to do so at the earliest. “Some have blamed the government for the COVID-19 wave and shortage of vaccines in the past. Now, there is an adequate supply and we have made several requests to people to take the vaccine. People should take the vaccine and cooperate with the government,” he said.

Though the Union government has not officially confirmed it, a 67-year-old man from Mumbai who travelled to Vadodara in Gujarat was found to be infected with the XE variant in March, and the man was tested positive for the variant.