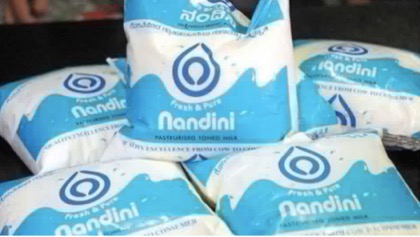 The Karnataka Milk Federation (KMF) has proposed to the state government to hike the price of Nandini milk by Rs 3 a litre. Stated in a letter written to chief minister (CM) Basavaraj Bommai.

In the January meeting, the general body of the Federation unanimously decided on the price hike and submitted their proposal to CM Bommai after considering the increase in their expenses

The KMF had last hiked prices of milk in February 2020, when the per litre price was increased by Rs 2 per litre.